Yes to Labour Party, No to Nuclear Power

“The Labour Party of Russian-born millionaire Victor Uspaskich is the winner of the parliamentary elections in Lithuania. His party is set to form a government with the Social Democrats of Algirdas Butkevicius, who came second in an election in which voters also rejected plans to build a nuclear power plant”, summarized Euractive.com

Preliminary results of Sunday’s first-round election showed the Labour party won 19.8% and the centre-left Social Democrats 17.8%. The conservative party Homeland of outgoing Prime Minister Andrius Kubilius won 16.7% and its ally, the Liberal Movement, 8.5%.
Polls showed Kubilius on course to lose the elections. His government took office at the end of 2008 and was forced to raise taxes and cut spending to stave off the tiny Baltic nation’s default on its debts.
Uspaskich is a controversial figure and has faced court probes, making it highly unlikely that he would become premier. In 2004, he won the parliamentary elections in his country and became economy minister. His party was also the most successful in the 2004 European elections, winning five of Lithuania’s 13 seats.
Uspaskich is currently a member of the European Parliament (Alliance of Liberals and Democrats) and as such has avoided extradition sought by the government.
According to experts quoted by the Lithuania Tribune, the future governing coalition is likely to consist of Labour, the Social Democrats and the Order and Justice party, a centre-right group led by Rolandas Paksas, which won 9.74% of the vote.

No to Visaginas
Turnout was 50.1% one hour before polling closed, above the 50% minimum threshold for the election to be valid. It is still unclear if the 50% threshold was met on a consultative referendum on whether Lithuania should build a new nuclear power plant, which was held in parallel with the elections. What is certain is that a majority of participants rejected the building of a new nuclear plant, to replace Ignalina, the Soviet-built central closed in 2009.

Read the full story on euractive.com 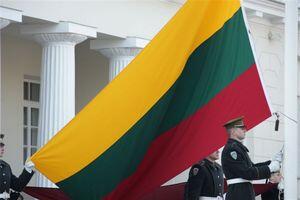