Innovation Circle Network - We make a difference for Europe

The IC Network was registered in 2007 by the partners of the Interreg 3 B project Innovation Circle, in order to continue cooperation of very active local and regional authorities, institutions, NGO's and private organizations that already have been networking for years. Also many new members have joined the network in the last years and a lot of ideas for new activities are on the agenda.

Innovation Circle Network is active at the local and regional level with actions and projects connected to regional and local community development. Within IC business people, NGO's and grass root activists meet politicians, planners, youth workers, cultural workers, artists, researchers, teachers, students and others who are interested and work for a sustainable and future of rural areas in the European territory.

2004 - 2005: PIPE Project
It all started in 2004 with the PIPE project. Young people worked internationally and learned about Planning, Identity, Participation and Entrepreneurship. A number of young leaders were trained who now have exceptional careers and consider PIPE project as one of their universities. Lead partner was Østfold County Council in Norway.

2005 - 2007: Innovation Circle Project
The project that gave the network it's name. For more than two years over 300 participants were trained in Innovation Academy by a great collection of experts on the topics of
territorial development strategies, designing attractive towns and places, changing culture of governance, entrepreneurship and business development and managing of innovative projects.

It has resulted that 14 partners in 7 countries have created about 50 local projects improving their local places, competences and understanding.
In addition there were several innovation camps organised for students and youths. Lead partner was Alytus City Municipality in Lithuania and the baltic Innovation group took care of the overall management.

2009 - 2012: Trans in Form Project
Eleven partners and some co partners were working on transformation of smaller towns. The aim of that project was to reuse premises, develop and facelift town centers. Part of Trans in Form was also the creation of development scenarios for the regions. Each place was evaluated with the “Attractivity Barometer” and partners elaborated their new narratives and storytelling to brand their regions. Partners made technical documentations for interactive public spaces and several pilot investments as examples were implented. All partners shared the methodology of creating places vibrant and attractive. Lead partner of Trans in Form was Notodden Municipality in Norway.

2015 - 2016: Young Eyes Project
The IC Network invites new members to join forces with places in Europe that are located outside the metropolitan areas. Furthermore ICN is linked to leading networks in Europe and worldwide. A lot of ideas for new activities and projects will be launched in the years to come and everyone sharing the vision about sustainable and attractive communities all over Europe is welcome to join.

Annual ICN Conferences
Each year ICN members and friends meet to discuss new projects and exchange their experiences. In 2011 Jurmala in Latvia was the meeting place in Northern Europe where more than 80 participants discussed new ideas for a better Europe. We met in Talinn, Vilnius, Cesis, Jurmala, Riga, Suwalki, Berlin and Šiauliai.

"Living Cities" was the title of the first annual ICN conference. It took place in Estonia's capital Talinn in 2008 from 3rd to 5th December 2008. Phil Woods, keynote speaker from the UK provided an interesting presentation about "The Creative City: Why places must innovate to survive". One year later, in 2009, Cesis in Latvia was the place to meet and in 2010 the townhall in Vilinius, Lithuania's capital, was home of the third annual ICN get-together. Participants met from 29th to 30th November to discuss about creating attractive communities, public private partnerships, interactive public spaces, green energy and businesses. The event was a cooperation between ICN and the Future City Initiative.

"Europe in Transformation" was the titel of our conference in Jurmala, Latvia, from 8th to 9th December 2011. One year later the ICN conference was headlined "Regions of Tomorrow - Developing Attractive and Sustainable Regions through Change, Entrepreneurship and Cutting Edge Infrastructure". The event took place from 29th to 30th November in Šiauliai, Lithuania. For the 6th annual conference ICN members, partners and friends gathered in snowy Suwalki, Poland. The meeting was themed "Creating Attractive Communities" and focussed on the question "How can we contribute to growth and quality of life in our regions?".

Back in Riga, the place were plenty of board and coordinators of the network took place ICN invited participants from 12th to 13th of November 2014 to discuss about how to make the Baltic Sea Region a connected and integrated region 2020 across national borders. After exploring the Baltic metropolis and cities ICN rounded up decision makers, politicians, experts, ICN partners and friends in Europe’s capital – Berlin. "Resilient Communities in Action &Transformation" was the topic from 28th to 30th of October 2014. In 2015 it was Riga again. The 9th annual conference attracted about 60 participants from ten different countries. They gathered from 1st to 2nd December in Latvia's capital were the hot topic of the event was transport - corridors, railways, roads and their importance for rural Europe.
In 2017 the Innovation Circle Network will invite all members, friends and partners to celebrate the 10th anniversary in Suwalki, Poland!

ICN Youth Camps
Working with young people, giving them a chance to create a sustainble future, hear their ideas and helping them to play a role on a local level is an important part of ICN activities. Therefore we invite young people on a regular basis to join our ICN Youth Camps. In the past the young generation of innovators met at ICN Youth Camps in Norway, Scotland,Sweden, Russia and Latvia.

You wanna be part of our network and join our annual conference or one of our youth camps? Keep in touch and register on this webpage for upcoming events. 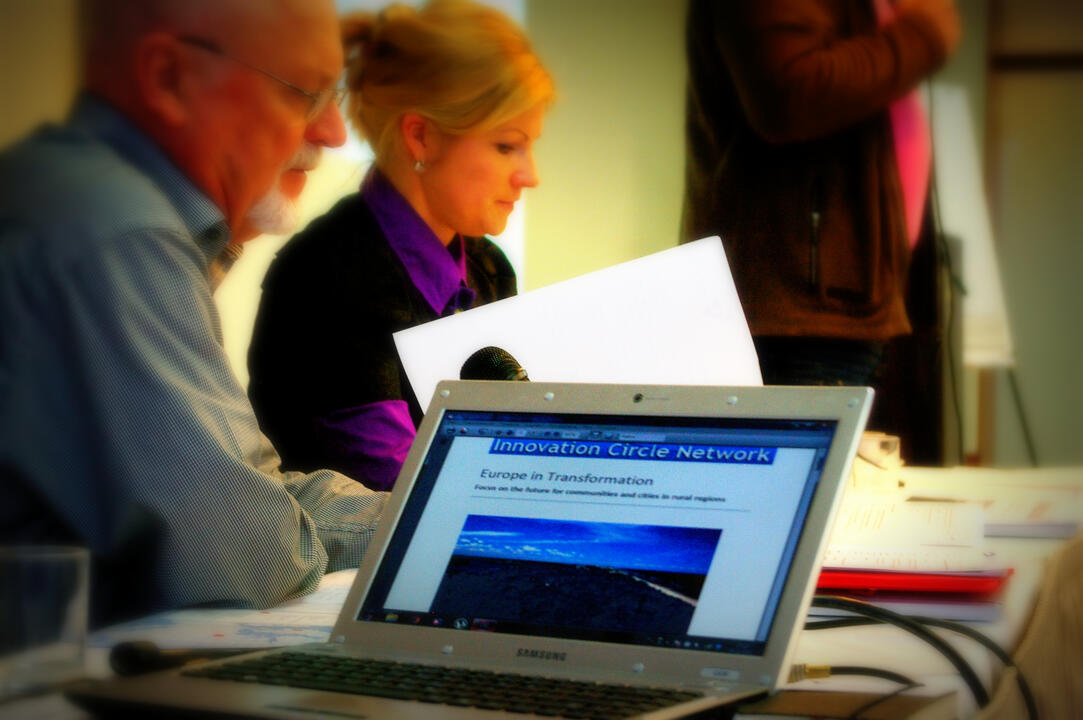