Wovereit and the Pirates are the winners

While Germanys Liberal party has to face a massive loss of votes in Berlin state election the Pirate Party flies high and entered the Berlin House of Deputies. 15 of the 141 seats will be occupied by the upstart band of internet freedom activists. With their votes Berliners put an end to the coalition of Social Democrats and the Left party.

Klaus Wovereit and the Pirate Party are the winners of the Berlin state election. It is the first time the Pirates (8.9 percent) will enter a German state parliament. “Their irreverent campaign captured the imagination of young voters as the party expanded its platform from an original focus on file sharing, censorship and data protection, to include social issues and citizens' rights”, stated the British newspaper The Guardian explaining the enormous success.

Social Democrat Wovereit has run Berlin for the last 10 years. With 28.3 percent of the votes for his party he can now choose with whom he wants to run the capital for the next period.  Impossible is a renewal of the red-red coalition with the Left party since the Social Democrats lost 5 seats (now 48 seats) and the Left (11.7 percent) 3 seats of the House of Deputies. One option is a red-green coalition. The Greens won 17.6 percent of the votes and are the third strongest party in Berlin now. Angela Merkel’s Christian Democrats 23.4 percent

Besides the surprisingly huge success of the Pirate Party the second interesting story was the loss for the liberal Free Democratic Party (FDP), the junior partner in Angela Merkel’s coalition government at the national level. They only managed to win 1.8 percent of all votes, a loss of three-quarters. They are out of Berlins House of Deputies. It was another vote drubbing for the center right party and the fifth ejection of a state parliament this year. 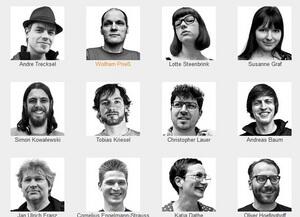