In the next few weeks some important decisions will be taken. The UN is coming to the end of a process that will result in the General  Assembly adopting a set of Sustainable Development Goals for the period 2015-2030.  These were focus on eradication of poverty and are sure to commit the governments of the world to action on topics such as health, water and education – rightly so.

However, by themselves such sectors cannot deliver sustainable development. There has to be a place dimension where the various strands are tied together and regional and local actions directly benefit people.

“Urban” does not exclude rural actions

This is one reason why over 225 cities, local governments and civil society bodies have come together to press for an urban Sustainable Development Goal. Let’s be clear at the start: “urban” does not just mean big cities and agglomerations. The term is used as a shorthand and the longer version is “human settlements”, embracing towns and villages, and recognising that towns and cities are connected in many ways to rural areas and contribute to rural development also.  The underlying message is about places and the need to connect development goals to actions on the ground in particular places.

Urbanisation is a transformative process

That said, the pace of urban growth is also a significant reason why we need an urban goal. However, it is not just the sheer scale of urban growth that is occurring and will continue to and beyond 2030. Urbanisation is a transformative process. It is a motor and a consequence of economic growth; it changes lives and alters environments.  The way settlements develop affect the health and economic opportunities of residents, and impact of climate change and resilience to natural and man-made disasters. Get the cities right and you solve lots of other problems: get the cities wrong and you will fail on health, water, education and poverty eradication.

As Professor Thomas Elmqvist (http://www.thenatureofcities.com/2014/03/02/why-we-need-an-urban-sustainable-development-goal/) from the Stockholm Resilience Centre has written: “One important function of a stand-alone urban SDG would be to signal to the world that we have crossed an important global threshold and that we now live in a predominantly urban planet. This would enable a mobilization of all urban stakeholders around sustainable pathways and the adoption of the SDGs in 2015 could represent a turning point in how cities are perceived, structured and run. This is especially true for much of Africa and Asia, which are concurrently the poorest, least urbanized, but also the most rapidly urbanizing regions in the world.”

The call for an urban goal was a key output from the World Urban Forum held in Medellin in April. Professor Richard Florida has provided a good report at http://www.theatlanticcities.com/jobs-and-economy/2014/04/11-reasons-un-should-make-cities-focus-its-new-sustainable-development-goals/8896/. Despite resounding support from governments across Africa and the Caribbean, plus other such as China, Germany, Columbia and France, there is concern that the USA, the UK and Canada are still unconvinced. They argue that there should be no urban/rural distinction and that the aims of the urban goal can be accommodated in other sector-based goals. Unsurprisingly, it is a coalition of the spatially blind, the countries where the mathematical models of neo-liberal economists are still clung to like a three- year old hugs a comfort blanket. However, as the UN works by consensus they have such countries could win by default, unless there can be strong pressure on them from other countries, e.g. those in the EU.

Your local or regional council can do their bit by signing up to the campaign – visit www.urbansdg.org for more information. Similarly, civil society groups or academic bodies can sign up. Also you can lobby your national governments.

Rightly, much of the impetus behind the campaign is driven by the deep concern that the number of slum dwellers is growing globally, and the vast majority of those are in the rapidly urbanising world. However, the aspiration for safe, inclusive, productive and sustainable settlements is not one limited to the Global South. It is just as relevant to the shrinking cities of eastern Europe, the prosperous capitals Scandinavia or the small towns such as those in the IC network. An SDG would give impetus to the case for local action to make better places everywhere. 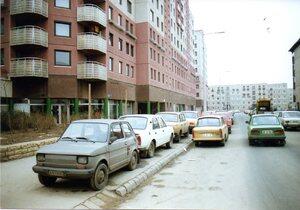