Where have all the women gone?

“The transition from an industrial to a services society and the growing proportion of women in paid employment are not only important aspects of social change, but also influence young people’s migration patterns”, state the partners of SEMIGRA on www.semigra.eu. The project that started in October 2010 and will end this year in May thematises selective migration and unbalanced sex ratio in rural regions.

“Gender-specific differences in migration can create regional ‘surpluses’ of men or women. These demographic imbalances are most frequently to be observed between rural and urban areas and prosperous and shrinking economic regions. Urban regions tend to have a surplus of young women, while a surplus of young men can be observed in thinly settled rural areas and regions experiencing demographic and economic shrinkage. “

Within the project SEMIGRA the Leibniz Institute for Regional Geography (DE) together with partners from Sweden, Hungary and Finland focused on the three following central issues:
(1) What significance do young women have for the future of rural regions?
(2) What causes and effects of imbalance gender ratios in younger population groups can be identified in differently structured rural regions in Europe?
(3) What potential can be identified with regard to the demographic, social and economic stabilisation of the regions affected, and what strategies promise to be successful in attracting young people?

With the intention to provide insights into the reasons for and effects of the one-sided out-migration of women from rural regions in Europe this research project gathers information about the aims, expectations and needs of young women and men in rural regions. The findings can be used to improve concepts for spatial and regional development taking age- and gender-specific aspects into account. The study regions for SEMIGRA are Észak-Alföld, Észak-Magyarország (both in Hungary), Kainuu (Finland), Västernorrland (Sweden) and Saxony-Anhalt (Germany).

“The most important reasons for out-migration from rural areas by young women apparently include their higher level of education, greater mobility and ambition as well as a preference for urban lifestyles. The survival of traditional gender role images and the paucity of cultural activities in rural areas can be identified as potential push-factors. Other explanations can be found in gender-specific motivation for migration: men tend to migrate primarily for professional reasons and therefore at a later stage, while women tend to migrate for family and educational reasons.
Disproportionately high out-migration rates for young women are threatening to exacerbate existing problems in Europe’s economically underdeveloped regions. Unequal gender ratios can cause economic and demographic shrinkage processes to accelerate dramatically: labour shortages occur, social networks are impoverished and social erosion takes place.”

Lear more about SEMIGRA, read the latest news and interesting reports on www.semigra.eu. 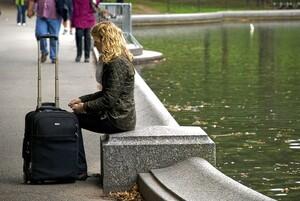