What Makes A Happy Place?

What makes the people in Stockholm the most satisfied in the world? Open spaces, not too much traffic, and a fast Internet connection. Why can’t all places be so lovely?

Nowadays, more and more people are opting to live in cities. There are many reasons for this, often stemming from the desire to seek out more varied opportunities for work, social time and personal development. City dwellers in general believe that living in a city provides them with opportunities that they would not have elsewhere, particularly when it comes to careers, self-fulfillment, entertainment and social interaction. A lot of research exists on why people choose to move to the city, but far less is known about how people feel once they live there. Ericsson’s Consumer Lab recently published a report to provide some insight into what makes a city a desirable place to live, how contented people are when living there, and what factors are primarily responsible for causing stress and unhappiness.

Here are some of the findings: 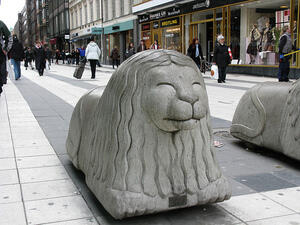