“We are playing on the same ground"

„There are many networks in the world but we believe in ours“, with these optimistic and strong words Rita Merca, chairwoman of the board opened the annual conference of the Innovation Circle Network in Jurmala / Latvia. “We want to raise important questions and figure out what steps should be taken to overcome difficulties”, these high demands were the tasks for the next two days.

“Jurmala is the second largest town in Latvia”, explained the city’s Mayor Gatis Truksnis. Situated at the Baltic Sea and about 25 kilometers west of the capital Riga, Jurmala is a resort town with about 30 kilometers of white-sand beach. But during the two day annual conference of the Innovation Circle Network the participants had not too much time to enjoy the belles of Jurmala. Instead Gatis Truksnis told them in his welcoming speech about “The city on the wave”. “We have to be clever and innovative to be on top of the wave”, pointed the Mayor out. One of the difficulties his town is facing is how to connect the different parts of the town which are stretched out far along the seaside. 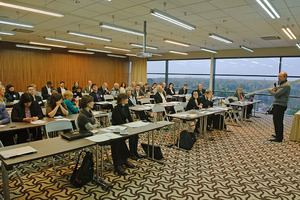 Practical solution approaches not only for Jurmala’s problem but also for other difficulties that rural areas are facing where then presented in a packed two day conference headlined “Europe in Transformation – Focus on the future for communities and cities in rural regions”. As Andris Jaunsleinis, President of the Latvian Association of Local and Regional Governments (LALRG), stated, the conference issues are very important for Europe. “The heads in Brussels depend on the decisions of the people living in Europe”, so Jaunsleinis.

About 60 participants from eight different countries contributed to interesting and challenging discussions. One more time politicians and decision makers pointed out that we are all in the same boat. “We are facing the most severe challenge for a generation”, stated all participants in a joint resolution that can be downloaded below.

All the more a network like the Innovation Circle is needed to exchange ideas, experiences and to work together in new projects. Enthused by the ideas of ICN was also Turid Kristin Lilleng, First Secretary of the Royal Norwegian Embassy in Riga. “We are playing on the same ground, with friendship, professional contact, widening minds and new possibilities in all areas. The Nordics and the Baltics, the NB8; we are one new clearly defined part of the globe”, said Turid Kristin Lilleng in her speech. 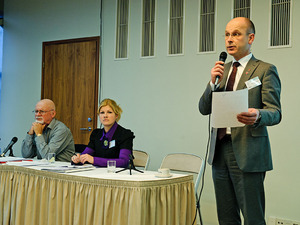 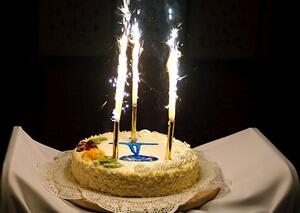