The United Nations climate change conference 2008 will take place in Poznan, commencing next week. The event is open for officials from so called party countries which is mainly OECD + some other developed countries and non parties, observer organisations and some NGOs admitted to partcipate. In addition, there will be a Trade Ministers Meeting in Warsaw from 27-28 November and a Finance Ministers Meeting in Warsaw from 9-10 December.

The aim of the event is:

Such an outcome at Poznań would build momentum towards an agreed outcome at Copenhagen in December 2009.

More about the program 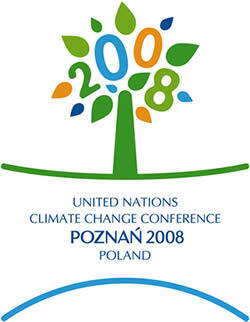