Towards simplification and harmonisation

Rules for funding need to be simplified, and differences between similar programmes' rules need to be minimised - this was agreed upon by representatives from all countries involved in the Baltic Sea Region Programme 2014-2020 during the third Programming Task Force meeting.
Tweet

More than 30 delegates recently gathered in Berlin to discuss a number of operational aspects of the new Programme. Among the topics were private partner involvement, geographical area and co-financing rates. The Programming Task Force is a sub-group of the Joint Programming Committee 2014-2020, which supports the programming process by preparing decision making.

The future Baltic Sea Region Programme made another important step forward in its programming process during the Task Force meeting. The Programme countries will decisively work towards simplification of the administrative processes as well as harmonisation with other European Territorial Cooperation programmes when it comes to rules and documents.
A major change with respect to who can receive funding within the Baltic Sea Region Programme 2014-2020 is on the horizon: The majority of Programme countries agreed that private organisations ( e.g. companies) should become eligible partners in the future programme. There was also general agreement to maintain the geographical area of the current Programme, and most countries also favoured the option to continue with the existing co-financing rates.
Final decisions about these and other issues will be taken during the next meeting of the JPC on 11-12 June in Tallinn.

The Joint Programming Committee is the decision making body for the Operational Programme for the Baltic Sea Region Programme 2014-2020. It includes representatives from the EU Member States bordering the Baltic Sea, from the European Commission and from neighbouring countries. The programming task force is a sub-group of the Joint Programming Committee which shall support the programming process by preparing decision making. 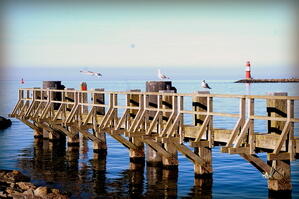