Through the eyes of the people

A snapshot of citizens' and businesses' views and concerns

European citizens are, in general, satisfied with the possibilities that the Single Market offers in terms of a bigger choice of products (74%), more jobs (52%) and fair competition (47%). On the other hand, the Single Market is perceived as only benefiting big companies (62%), worsening working conditions (51%) and not benefiting poor and disadvantaged people (53%). These are some of the key results in the latest Eurobarometer survey on the Single Market.

They also show that many Europeans are not aware of the Single Market and its benefits (35%). The European Commission has also compiled the 20 most frequently encountered problems faced by EU citizens and businesses when travelling, moving or working abroad. The report, which was requested in the Single Market Act deals with issues such as professional qualifications, social security, tax barriers, access to finance and on-line shopping, to name just a few.

Internal Market and Services Commissioner, Michel Barnier said: "European citizens and businesses have brought important issues to our attention. They have told us where the Single Market is not working properly. At next month's Single Market Forum, we will examine these obstacles in depth and hopefully agree on the best ways to remove them. I am looking forward to participants' practical suggestions to make the Single Market work better, and to a joint commitment of all to make things happen".

Some of the elements provided by the respondents are summarized in this video.

The results provide a detailed analysis of the degree to which the Single Market is understood both across the EU and in individual Member States. It assesses social attitudes to core principles of the Single Market, such as the right of citizens to work in any Member State, and also form a picture of which countries are most and least positive towards the idea of an EU Single Market. The survey also measures attitudes to public procurement that may involve foreign companies, to counterfeiting and piracy, and to citizens’ rights.

The report offers a snapshot of real-life obstacles encountered in the single market. It is based on an analysis of complaints handled by the Commission and its assistance services (SOLVIT, Your Europe Advice, Enterprise Europe Network, European Consumer Centres, Europe Direct Contact Centre, EURES-European Employment Service), combined with the results of the recent Eurobarometer and focus group surveys.

The 20 main concerns report will form the basis for discussion at the Single Market Forum (SIMFO) on 2-4 October. The SIMFO is co-organised together with the Polish Presidency of the Council of the EU and the European Parliament and will bring citizens, stakeholders and policy-makers at all levels of government together to discuss the state of the single market. This will be done in the framework of eight workshops and that will debate some of the concerns identified such as: recognition of professional qualifications, posting of workers and fundamental social rights, and improving the functioning of the EU public procurement legislation. 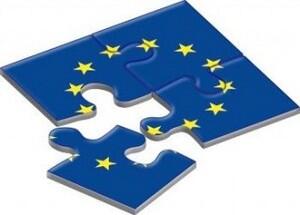