“For me it all started in December 2002 with the PIPE Project. It was placed on the main slope of the cooperation of youth and government. Honestly, in the beginning, the theme seemed a bit unusual for that time in Russia. There were other problems for the officials: the mafia, the war in Chechnya, the recovery of the economy at any cost. No, I'm not a supporter of Putin, but at that moment I understood the importance of all the processes that were running in the country. 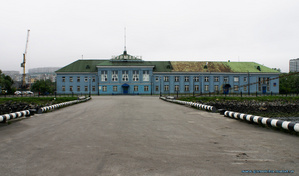 Meeting with officials from the beginning of 2000, I realized more and more that the project will face huge difficulties. I remember we went to a meeting with the officials and they told us about the statistics, the presence of more important problems than the development of urban infrastructure and travel business. However, infrastructure development at that time was reduced to the cleaning of the city only and to keep it clean.
Picture left: The Sea Terminal in Murmansk as it looks today. The picture on top shows how it is expected to look like after 2016.

Then we decided to try to attract the highest officials to the problems of innovative development, but we put the emphasis on youth. We realized that the number officials being involved will be minimal, as we were aware of the need to interest young people in the process of innovation development. In fact we were destined to build a new Russia, to make the city as we want to see it. In my opinion, the PIPE Project had no concrete results at the end but something important had happened: An idea was born and began to develop in people's minds. Here, for example, I am. Before I came to the project, I wanted to get out of Murmansk or of Russia in general. But in the end, when I left in 2004 I realized that I wanted to live, where I was born. In 2008 I just ran back, knowing that if I wouldn’t do it, no one else would. There were dozens of people like me after PIPE. 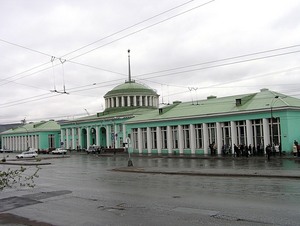 The next project period brought up the Innovation Circle Project. For me personally, this project was the realization of ideas from fantasy to real plans. Additional work with officials in Russia and Norway made me now feel profound changes. For example, in meetings with the chairman of the City Council; I had already seen their specific plans and proposals, while the regional government was in a process development of a radically new concept for regional development, strategy Murmansk 2020. I haven’t heard about such a word as "strategy" in the working plans of the regional government for a long time. I felt that my “little” homeland began to 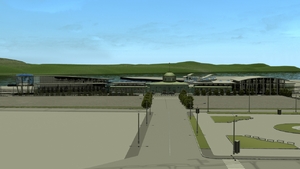 change. Looking around, I noticed that people began to show up, new and modern shopping centers were built, old buildings and streets were reconstructed. Maybe not be to the extent we were wishing for, but things started to happen. We began to change, along with the rest of us.
The two pictures on the right show the Railway Station in Murmansk today and a draft for the rebuilding project in 2016.

Then, I, Dmitry Borovkov and Alf Johansen, sitting in Oslo decided to convey to our government that the city needed a brand and this brand was connected with the slogan: "Murmansk 2016 - capital of the Arctic." We were trying to promote this idea among officials. At first I did not really feel the effect, but then in 2009, I heard that the state program "Murmansk 2016 - The capital of the Arctic" is on the President’s table, waiting for a signature. Now, the idea has been approved and to the 2016 national budget allocated to the transformation of the city the construction of a large park, a new transport hub, the transformation of city streets, the reconstruction of the airport and many more projects are planned. 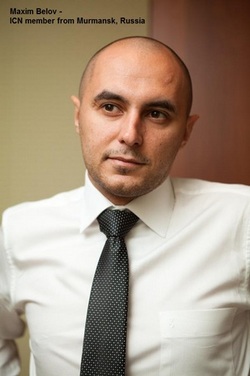 Now, I'm a little bit away from this process, but indirectly I am constantly engaged. I am often invited to join meetings on the issue of enhancing the attractiveness of the region. I am working very closely with the theme of the Arctic Cruise perspectives in Murmansk. This is the direction we see a particular interest in, because with the opening Murmansk for travel lovers, we are give them the opportunity to experience a new or at least a different Russia, because Russia is not only Moscow and St. Petersburg. Particularly interesting might be the subject transit travel to the Russian Eastern Arctic, to islands such as Novaya Zemlya, Kalguev and Franz Josef Land. According to my estimates, we are only able to cruise tourism in the coming years to around 100,000 tourists per year.

I don’t know exactly in percentage the success of the participation in the Innovation Circle Project, but I can say that it is not small.

Please visit Murmansk’s webpage for the 100 years anniversary in 2016 murmansk-100.ru