The pursuit of happiness - a fundamental human goal

“The pursuit of happiness lies at the core of human endeavours. People around the world aspire to lead happy and fulfilling lives free from fear and want, and in harmony with nature”, explains UN-Secretary General Ban Ki-moon towards the 1st International Day of Happiness on March 20th 2013.

Speaking at the High Level Meeting on "Happiness and Well-Being: Defining a New Economic Paradigm" Ban Ki-moon stated that the world “needs a new economic paradigm that recognizes the parity between the three pillars of sustainable development. Social, economic and environmental well-being are indivisible. Together they define gross global happiness.”

The meeting was convened during the sixty-sixth session of the General Assembly at an initiative of Bhutan, a country which recognized the supremacy of national happiness over national income since the early 1970s and famously adopted the goal of Gross National Happiness over Gross National Product.

“Yet, basic material well-being is still elusive for far too many living in extreme poverty. For many more, recurring socio-economic crises, violence and crime, environmental degradation and increasing threats of climate change are an ever-present threat”, explained Ban Ki-moon.

The General Assembly of the United Nations in its resolution 66/281 of 12 July 2012 proclaimed 20 March the International Day of Happiness recognizing the relevance of happiness and well-being as universal goals and aspirations in the lives of human beings around the world and the importance of their recognition in public policy objectives. The United Nations invites Member States, international and regional organizations, as well as civil society, including non-governmental organizations and individuals, to observe the International Day of Happiness in an appropriate manner, including through education and public awareness-raising activities. 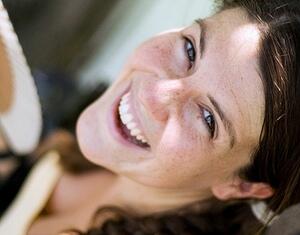