The new one is the old one

Donald Tusk will remain in office. He is the first democratically re-elected Polish prime minister in history. With 39.6 percent of all votes Tusk and his center-right Civic Platform won the Polish parliamentary Election and will be prime minister for another. But there is also another side of the story, a side that proves the Polish’s mistrust in politics.

31.1 percent voted for Kaczynski's conservative Law and Justice party, followed by the liberal Palikot Movement 10.1 percent, the agrarian PSL (Civic Platform's junior coalition partner) on 8.2 percent, and the socialist SLD on 7.7 percent, according to a survey by TNS OBOP.

“Some punished Mr Tusk by turning to the new Palikot Movement for its pledges to initiate progressive lifestyle bills, secularise the state and cut the red tape that holds back Poland's admirable, hard-working small businesses”, so the British newspaper The Economis.

“The surprisingly bad result for Jaroslaw Kaczynski's Law and Justice came after the former prime minister made anti-German remarks in a newly published book. Official results may bring him a better score, but he is unlikely to win, as some of his supporters had dreamed he would”, estimates The Economist.

But Tusk cannot be regarded as a overall winner. As the German news magazine Der Spiegel writes: “After all, more than half of Poles who were eligible to vote stayed home on Sunday: Turnout was just under 48 percent, according to the polling institute TNS OBOP. Some 20 years after the end of communism, politicians and their staffs have a terrible reputation in Poland. Many Poles regard them as incompetent, petty, uneducated and often even corrupt.” 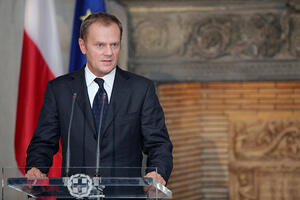