Authoritative persons have estimated that 40% of the world’s wealth has been wiped out by the financial crisis that now grips all parts of the globe. The value of property has slumped. Oil is much cheaper than it was last summer. Stock markets are down and pension funds have been hit.

Of course market economies have always had their cycles: giddy hopes of high returns are followed by doom and gloom as markets become saturated. What is different this time is that the world is now so interconnected that nowhere is sheltered from the financial storm. For example, remittances of earning from migrants working in rich countries, who send money home to support their families in poorer countries, are dropping sharply. Demand is weak everywhere. This means that there is little scope to get out of the problems at home by increasing the level of exports to other countries. This contrasts, for example, to the situation in the late 1990s when Asian economies crashed, but were able to recover by exporting manufactured goods. The fall in value of their currencies increased the competitiveness of their products in other countries. Crucially, the Asian downturn came when demand in the rest of the world was rising.

Today the world is not like that. Of course, some things won’t change. When recovery does come, it will start in the economically strongest regions before it happens in weaker regions. Furthermore, recovery will be weaker in the weaker regions, both globally and nationally. The drop in output, and consequent weaker demand for energy, in the short term will help to contain CO2 emissions. However, the science on the prospects of climate change seems to be getting ever more dismal. In part this reflects the recognition that the absorption of CO2 into the atmosphere does not show up immediately but is time-lagged. The EU has the most stringent target for CO2 emission, but sceptics argue that, in the light of recent findings,  even that is not low enough.

While those of us in rich countries fret about reducing carbon emissions, it is vital to remember that something like 30% of the people on earth actually do not have energy services. Furthermore, the global population growth will itself ensure that either more energy is used in the future, or the numbers of energy poor people will escalate. World population is now about 6.75 billion. Predictions are that it will reach 9 billion some time after 2050.

Some joined up thinking is needed. Much of the debate on climate change can be quite technical. It is focused on people in rich countries and ways to reduce their CO2 emissions. This is right and proper, since it is the rich countries that have created the process of global warming. However, unless there is some solution to the growth of poverty in the global South, there will be no solution to the climate change problem. It is a lethal cocktail, and it is already happening. Failing crops due to climate change, and loss of land as farms give way to urban spread, coincide with a rising demand for food. Fossil fuels dwindle as energy demand rises. As Europe’s population ages and reduces, Africa’s is expected to double by 2050.

There has never been a greater need for innovative thinking and practical action. The IC has developed important ideas about rural development based on local resources, respect for the environment, pride in the local region and an inclusive approach to governance. The IC has also brought people together from different countries, and built a sense of solidarity across the network. Like its fore-runner, the “PIPE” project, it has promoted the active involvement of young people. Of course, the IC cannot save the planet, but it has shown the path that needs to be more widely followed and globalised. The contrast between this IC model and the attitudes and practices that created the double-headed, economic / climate crisis cannot be understated. The world’s real wealth has not actually been slashed by the financial crisis, despite what the mega-billion losses on banks’ balance sheets may suggest. That real wealth is places and people, not “financial products”. But people and places are at risk today. We urgently need to articulate and defend this collective sense of real wealth, because it is something that bankers, big business and governments struggle to understand. 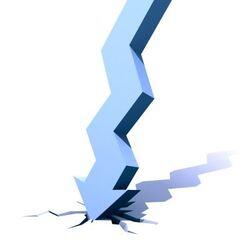