Partners of the TENTacle project made a visit to Berlin in June for their latest partnership meeting. Berlin was the place to be since the 8th Annual Forum of the EUSBSR and the 19th Baltic Development Forum Summit took place at the same time.

Before listening to Germany’s foreign minister Sigmar Gabriel, who opened the Annual Forum at the Federal Foreign Office in Berlin, all TENTacle partners and experts met to sum up and give a short intermediate results of their cases and to talk about progress and plans.

Project manager Wiktor Szydarowski had good news. He informed that the first project report had been approved by the secretariat in Rostock.
Among others Adina Cailliaux from Port of Hamburg Marketing introduced the Fehmann-Belt Case. Part of the project are researches that will show how the project influences the traffic. As Adina said, representatives from different ports have already been asked. Some expect disadvantages because of the new connection. But they are aware of the fact that they have to come up with new ideas for businesses.

Goldburgsund Municipality made analysis on traffic flow. Also there is an on-going analysis on investment potentials for Business Park Falster. Interviews with 20 stakeholders will deliver new insides.

Alf Johansen, secretary general of the Innovation Circle Network and representative of Värmland Østfold Border Council, reminded all participants that “One belt – One road” initiative is a big driver of change on transport. “It is the largest infrastructure project in history. We need to think about how we can relate to that! We cannot close the project without mentioning this”, said Johansen.

The next step is to create a macro plan that contains project activities until the end of October. Also there will be a mid-term conference of the three sister projects TENTacle, NSB CoRE, Scandria2Act in Berlin, 26 to 27 of October. 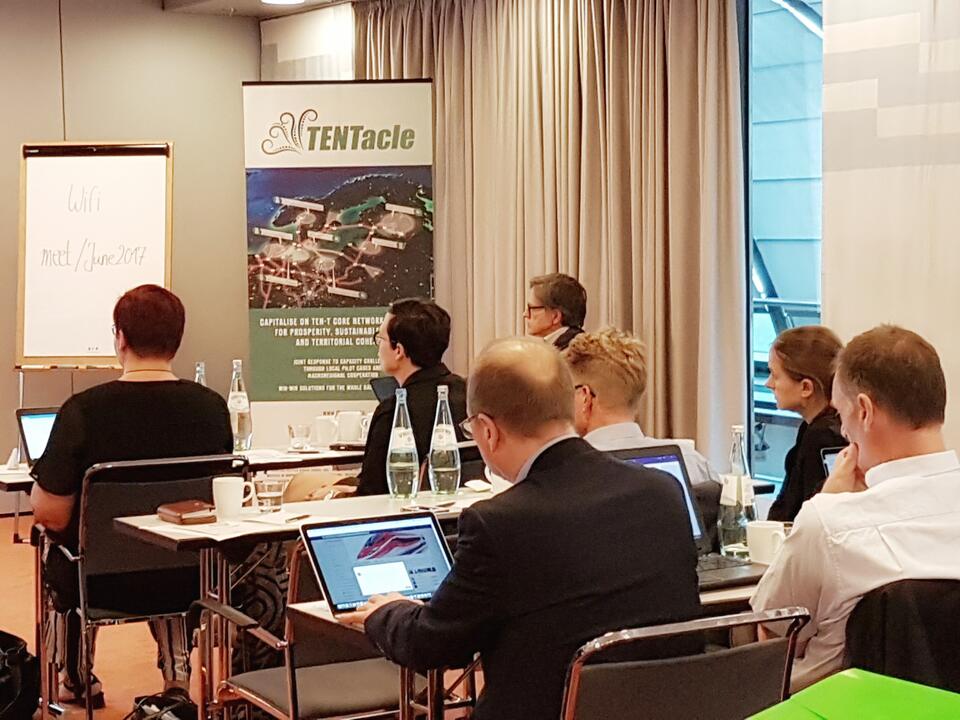