Sweden Faces a Challenge of Climate Change and Financial Crisis

All the issues of climate change, the Baltics, enlargement and the financial crisis will be key priorities in the upcoming Sweden’s EU chairmanship period. Monday 2nd March, Minister of EU Affairs Cecilia Malmstrøm presented Sweden’s EU logo. The colors are the same as EU flag has – blue and gold. European flag stars lay down on a logo as the main Swedish letter S.

Transparency, efficiency, and dialogue are some of the watchwords for the logo says EU minister Cecilia Malmström. The logo will be used in any communication from the Presidency, both in print, online and in meeting rooms. There is also a new website address se2009.eu announcing information about Swedish Chairmanship in the EU.

Sweden takes over the chair of the EU July 1, 2009. During half a year Sweden will be on the political world stage. The government wants to pursue a transparent, effective and results-oriented presidency.

Read more on the EUobserver.com 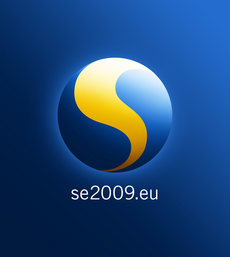