For two years the Nordic Council of Ministers has promoted the bioeconomy agenda in the Baltic Sea region as appointed Horisontal leader by the European Commission under the EU strategy for the Baltic Sea Region. At a conference in Warsaw on March 4-5 a new three year plan for this effort was planned and discussed.

Bioeconomy is the next economic wave, if you ask Sixten Sunaback from the Finnish Ministry of Economy, citing the new Bioeconomy Strategy of Finland. It is all about change and finding new ways.

But to create a new biobased economy and move away from our dependency of fossil fuels, you need to break down a lot of silos and make a lot of new connections across sectors and industries, he stated at a conference in Warsaw on March 4, discussing the next steps in the process towards realizing the bioeconomy in the Baltic Sea region.

The workshop was co-financed by the EU Commission and the Nordic Council of Ministers in its role as Horizontal Action Lead for Bioeconomy in the EU strategy for the Baltic Sea Region (EUSBSR).

As part of its role as Horizontal Action Lead, the NCM has initiated and facilitated a number of new networks and actions through a series of workshops. They range from science networks looking at things like the phosphorus cycle in the region to grass roots movements aimed at raising capital for local development projects.

- The EU Strategy for the Baltic Sea Region is a unique platform to promote bioeconomy in our region and the Nordic Council of Ministers has proved a very resourceful and well connected actor in terms of pushing this agenda, Head of Northern Europe Unit in the Polish Ministry of Foreign Affairs Joanna Wojtkowska said in her opening speech at the opening of the conference.

So over the last two years, the NCM has tried to do exactly what Sixten Sunaback and many other first movers are asking for: Engaging actors across the board and sectors, forging new connections to produce growth and welfare in a sustainable way.

Now it is time to stand back and consider the next steps, so a strategy for the next 3 years is under development with input from the participants at the workshop in Warsaw, relates Senior advisor Geir Oddsson from the Nordic Council of Ministers.

- We need to develop the existing partnerships further and fertilize the efforts already set in motion over the last two years. But we also need to address a number of bottlenecks impeding the bioeconomy in the region, Oddsson stated at the Warsaw conference.

The main challenges as he sees them are to ensure a link between overall strategies like the EUSBSR and what is actually taking place in the field, as well as strengthening private sector engagement and making the most of the research and innovation facilities already in place.

To read the full article visit http://www.norden.org/en/news-and-events/articles/next-steps-towards-realizing-the-bioeconomy-in-the-baltic-sea-region and for information on the ongoing projects as well as the new action plan, see www.norden.org/bioeconomy where the follow up to the work on realizing the bioeconomy in the Baltic Sea region will be presented. 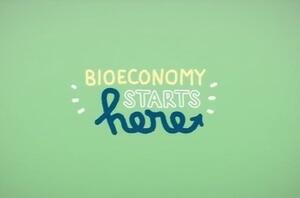