The crisis in Greece does not only lead to unemployment. As the German TV magazine auslandsjournal reported many young Greeks bethink of their roots. According to the report about 40.000 young Greeks leave the bigger cities and go back to the places where they grew up.

One of them is Spiros Panteloglu, a former business economist who now a business with four million Burgundy snails. Panteloglu studied history and took over the family enterprise. Before the crisis crippled the country he ran his own business in Thessaloniki. When he went bankrupt he decided to go rural; a lot of others took the same path. About 40.000 new registrations reported the Greek farmer’s Association in the last two years as journalist Anne Brühl covers and the demand for land is still high.
While the older generation moved to the cities for work educational reasons the next generation in reverse rediscovers the countryside. Old houses in rural areas resurrect while streets in Athens are empty. The report shows that the crisis brings people back to the basics. “He has never been as happy as he is now”, says snail farmer Spiros Panteloglu.
Lazaros Stambolidis used to work as a fotografer, now he grows potatoes and sells them directly to restaurants in the city. There was no perspective for him in his old job, no chance to earn enough money. Stambolidis is another example for the movement to the rural places and another story that proves the trend of migration into cities wrong. 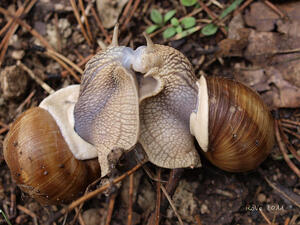