What are the main propositions from the Tourism offices of Portugal and the Baltic countries (Estonia, Latvia and Lithuania)? Given their geographical location, with the Baltic countries located at the Northeastern Europe and Portugal in Southwestern Europe, and their historical background, it is quite admissible to expect finding different focus on touristic activities.

With its year average temperatures at 15.9ºC and being one of the most sunny countries in Europe, Portugal’s warm climate incentives to visit its beautiful sandy beaches and participate in any of the many outdoor events. This is Portugal’s major touristic offer, not only for foreign tourists, but also for residents, that in the summer travel in large numbers to Algarve, in the south of the country. This region has a great importance for tourism in the summer, and to reinforce that position, the program Allgarve (extra “L” to the name of the region) was created. Besides the beaches, it promotes cultural events, like music concerts or expositions, regional gastronomy and sport, particularly nautical sports and golf.

Trying not to be too related to summer offers, the tourism office also promotes Portugal’s typical Mediterranean gastronomy and its monuments, whose dates range from before the constitution of Portugal in the 12th century, such as the roman Temple of Diana, in Évora, to more recent ones, like the Padrão dos Descobrimentos (possible translation to Monument of Discoveries; it’s a memoire of its role on the maritime explorations of 15th and 16th centuries), in Lisbon. Portuguese tiles and typical sidewalks are as well, touristic attractions.

On the other hand, with a year average temperature of 4.5ºC and rainy climate, Baltic countries emphasize on other kinds of touristic activities. The relaxation proposition is common, through its high quality spas and saunas, whose use is traditional in these countries. The historical background also influences, particularly soviet one, resulting in the promotion of visits to reconstructed soviet bunkers and museums. Winter is a special season, since the snow that usually falls in the countries provide a unique opportunity for winter sports, even though they’re mostly flat. For that reason, sledging, snow tubing, outdoor ice skating and cross-country skiing are the most common winter sports. Just as well, snow provides an unmatched magical atmosphere to places.

Despite the focus differences, Portugal and the Baltic countries have a common offer: nature. Both regions suggest nature theme (with greater intensity by the Baltic), usually by landscapes, and even they are quite different. Baltic landscapes are more associated to national parks and reserves, with a great density of trees and many lakes. In contrast, Portuguese landscapes are more associated to the shore, either by beaches, lagoons or estuaries, than parks. These are very different from Baltic parks, by usually being more rocky, having most likely rivers instead of lakes and with a smaller density of trees, especially in the dry flat region south of Tejo River, that meets the ocean in Lisbon.

João Pité is a 3rd year student of Business Administration at Catholic University of Portugal and an Erasmus student at Vilnius University. He was invited to share his view about tourism differences between Portugal and the Baltic countries. 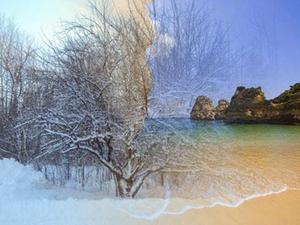