Hopp til hovedmenyen på siden Hopp til hovedinnholdet på siden
For those like me, who spent the middle part of their life being outnumbered in their own household by assertive children, our time has come at last. We are the masters now! The outlines of a ‘Silver Party’ manifesto are pretty obvious. Spend more on pensions, less on schools. More on health care but less on childcare. Free travel on public transport anywhere in the EU for over 65s; it could easily be paid for by road pricing to tax commuters, and presented as a ‘green’ initiative. I envisage mass marches and demonstrations as the spirit of’68 lives on in a determined shuffle to lobby parliaments. “What do we want? Nursing homes! When do we want them? Now!”
Europe leads the world geriatric league. Of the world’s 25 oldest countries a staggering 23 of them are in Europe. By 2040 one in four Europeans are likely to be over 65 and one in every seven will be over 75. Unfortunately not all the Baltic Sea countries are included in the detailed tables, but here is the data for three of them.
Within Europe recent ESPON research highlights the diversity that exists in demography and migration. Regions that are experiencing population growth at present tend to be in the central and western parts of Europe, in the southern areas of Scandinavia and around the capital cities in general. However there are also regions where deaths are exceeding births and the demographic decline is made worse by more people leaving the region than migrating into it. Such regions are found in Poland, Latvia, Lithuania and Estonia, and depopulation is also evident in parts of Sweden and Finland.
Regions facing these challenges might look at Japan for comparisons. Almost a quarter of Japan’s 127 million people are over 65, but in rural areas the proportion can exceed 40%. In some 8,000 towns and villages the elderly make up more than half the residents. According to a report in The Guardian newspaper (21 July 2009), about 200 rural Japanese communities have simply disappeared over the past decade. Kiyosato now has only 4,675 people, less than half its size in the 1960s. A third of them are over 65. It is hard to get people to carry on with the family farms as the older generation retires. What to do? Kiyosato is trying to market itself as a place to retire to, a rural idyll. Another town facing the same problems is giving away plots of land for free to people who will commit themselves to moving there within three years and registering as local residents. However, there have been few takers. The fall in numbers of school children led another small town to advertise several of its schools on an internet auction site: one former school is now a nursing home.
One key message from the American study is that ageing is not, as commonly imagined, just a problem for richer countries. More than 80% of the increase in older people in 2007-08 was in developing countries. By 2040 76% of the world’s over 65s will be living in the poor countries, amounting to something over a billion people.
There is also a gender dimension to old age: women live on average 7 years longer than men. This statistic is often treated as a law of nature, but does it reflect fundamental gender differences in the stresses and strains of working life as well as lifestyle?  Might the gap close as the work experiences of older men and women become more similar than they were a generation back? If not we now need to be adapting some of our small rural towns to become ‘Grannyvilles’ – places mainly occupied by single, elderly women. We might even see new planned Grannyvilles; after all there has been a boom in retirement communities in warm regions like Florida, where whole settlements cater only for over 55s. In The Villages, for example, you risk getting run over by retirees in their golf buggies heading off to the pastiche 1930s cinema building that is only ten years old. Maybe the creative imagination of the Innovation Circle could be channelled into designing a Baltic Grannyville.
‘An Ageing World: 2008’ by K.Kinsella and W.He can be downloaded from www.census.gov/prod/2009pubs/p95-09-1.pdf
‘Territorial Dynamics in Europe: Trends in Population Development’, ESPON Territorial Observation No.1 can be downloaded from www.espon.eu (home page). 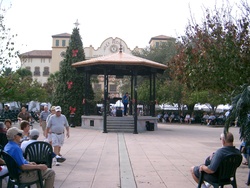 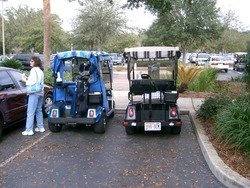