Oslo, Zurich and Geneva - the most expensive cities in the world

How much do I pay for a three-room apartment in Paris, Chicago or Nairobi? What does public transportation cost in Jakarta, London or Montreal? How much does a department head earn in Zurich, Buenos Aires or Sydney? These are a few of the comparisons for prices and earnings that an iPhone application developed by UBS makes possible.

The US dollar is moving near historic lows, the euro's existence is questioned like never before since its inception and the strength of the Swiss franc is unprecedented. UBS Wealth Management Research launches its new iPhone app in parallel with publishing the latest issue of «Prices and Earnings». This study shows the effects of currency moves and compares prices and earnings in 73 cities for 122 goods and services worldwide.

iPhone users can also observe the development of exchange rates, which are updated every twenty minutes. The users can also actively participate by collecting and bringing in data, thus optimizing the prices and earnings study results

According to the most recent issue of the «Prices and Earnings» study of purchasing power around the world, Oslo, Zurich and Geneva are the world’s most expensive cities. Just down the ranks are Copenhagen, Stockholm and Tokyo. In contrast, prices for the selected basket containing 122 goods and services were particularly low in Mumbai, Manila and Delhi.

The American cities surveyed now show lower price levels than in previous years. UBS economists attribute this in great part to the depreciation of the US dollar against many of the world's other currencies. Meanwhile, Venezuela's capital Caracas suffers from high inflation; this, together with its pegged currency, resulted in higher prices, lifting its position in the price rankings. Should Venezuela devalue its currency again, it would result in a downward shift.

Who can afford the most?
Employees in Zurich, Sydney and Luxembourg benefit from the highest purchasing power based on their net hourly wages. Among surveyed emerging markets, which hover around a similar level, Doha and Shanghai exhibit high gross domestic product growth and, as a consequence, were able to increase their positions in the rankings.

Methodology
Every three years, UBS Wealth Management Research publishes an in-depth study on prices and earnings, updating it in intervening years. The most recent standardized survey of prices and wages in 2009 included 73 cities all over the world. In 2010 and again this year in 2011, UBS Wealth Management Research adjusted the most important indices from the 2009 survey for cumulative inflation, GDP growth and changes in foreign exchange rates. 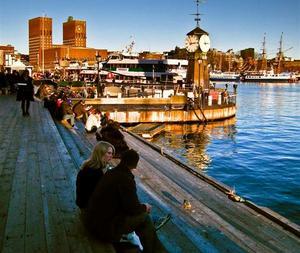