The Nordic countries cover a big part of the northern Europe, bordering North-West Russia at the east and the North Sea at the west. Not only the capital cities need more modern roads and railways, which can provide faster and better connections for persons and cargo. Also the other cities need to be better connected to the capitals and to the TEN-T core structure. The second and third category largest cities also need to be linked to a comprehensive network. This is a need all the way from the southern parts(The Nordic Triangel) and to the Arctic.

All regions are competing at a global market. Sea-food, minerals, energy, wood and industrial products are to be sold and delivered within the Nordic countires and also exported to other parts of the world, as well as imported products need an effective distribution. The growing tourism industry also needs better structures and transport services. The connections between maritime transport and railways, roads and airports should be developed smarter, greener and better. Efficient, robust and capacity strong transport networks are crusial for the countries ability to compete and deliver.

The Nordic countries are lagging behind the front runners when it comes to railroads. In Norway, Sweden and Denmark there are no high speed railroads and no spesific or approved plans for it. In Sweden there is still a big ongoing debate on the establisment of a high speed railway  between Stockholm and the major cities in the southern parts of the country. The "East-Link" project is established, but the final solutions are still not approved or granted by the Parliament. In Norway there are only scattered initiatives on the issue. One feasability study is working on the establishment of a high-speed railway between Oslo and Stockholm through the central Scandinavian borderland.

Finland has the more ambitous plans with the new 10 bill. euro tunnel initiative between Helsinki and Tallinn. This is to be seen in a broader perpective with the future Arctic Railway and the Rail Baltica. Finland´s state railway company Finnish Railways has already formed Oy Karelian Trains Ltd in cooperation with the Russian Railways. Allegro is the name of the fast train service beween Helsinki and St. Petersburg.

Denmark is working on the new Fehmarn Belt connection with German partners. Iceland, Greenland and the Faroe Islands are mostly concerned about the maritime corridors. That means that the 3 countries Norway, Sweden and Finland (including the Åland-region) will be the main partners within the transport working group, sharing very long borders.

The working group is cooperating with the TENTACLE project and the NSB Core project where also VASAB is involved.

More information about the group can be found under www.varmost.net

One important issue is how to relate to the global transport networks including the China driven One Belt One Road. 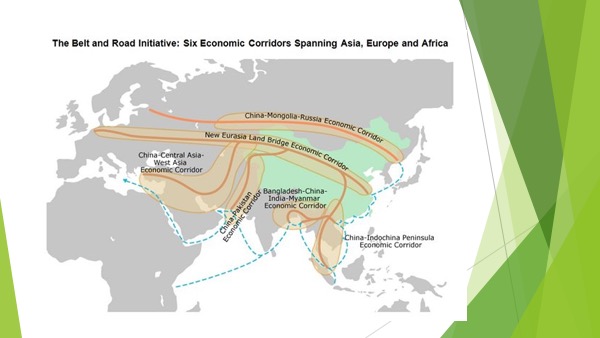