On Wednesday and its guests will celebrate the opening of the FIS Nordic World Ski Championships. From 23rd of February till 6th of March the Norwegian capital will host the winter sport spectacle and will welcome about 650 athletes.

Winter sport fans can look forward to 21 Cross-Country, Nordic Combined and Ski Jumping events, as well as a number of cultural and festival highlights. All events will be held at Holmenkollen’s new National Arena, which consists of the Holmenkollen hill, the Midtstuen hill and the cross-country stadium. The official medal ceremonies will take place in ’s city centre.

The WSC will be the biggest sporting event in for many years. The organisers expect about 650 competitors from 50 nations, 1.800 media representatives, at least 300.000 spectators and several hundred million TV viewers all over the world. To make the WSC a successful event, 2.200 volunteers will assist during the days of the championships.

Skiing has always had a special place in the hearts of Norwegian people. It is the fourth time is hosting a World Championship. Since 1894, skiing events in Holmenkollen have drawn thousands of people. Enthusiastic spectators have roared the skiers on from the arena or along the tracks in the forest. 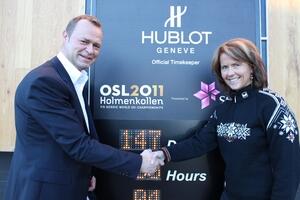