“Staro Rīga” – is a Festival of Light, happening for the 3rd time - has become part of the nation’s celebration traditions. The bright mood in the city and the positive atmosphere confirms the importance of celebrating this Festival. The Festival of Light’s objects are stylistically varied and nuanced and show our lighting artists’ creativity – this brings a smile to the faces of Festival visitors,” says Diāna Čivle, the author of the Festival’s artistic concept.

The festival of light coincides with Latvia’s Independence Day celebration - 18th of November. Yesterday viewers were enjoying traditional celebratory events, listening to Latvian President Valdis Zatler’s speech at the Freedom Monument and watching the celebration’s fireworks from the river bank. News from the Information Centres revealed that the greatest viewer interest was in the Festival of Light objects, in which anyone could participate and take part in the creation of the light performance. Individual viewers, families and groups of friends gathered at all the Festival of Light objects enjoying the celebrations.

This year there are 75 objects in the Festival programme, which are located mainly in Vecrīga and the city centre. After visiting the Information Centres in the Rātslaukums [Town Square] or Esplanāde to get a map, anyone can take a walk along the suggested walking routes. The Festival objects will be on show from 18.00 – 23.00 each evening until Sunday night.

“In this Festival of Light, Rīga has shown that the ways of using lighting are unlimited. We aren’t limiting ourselves to projector beams. We are searching for new forms of expression, which are interesting not only to Latvia, but the rest of Europe as well,” says Mārcis Gulbis, the Project’s producer.

A new tradition at this year’s festival – a presentation of other countries’ lighting festival objects, marked the way of the future for the Festival of Light “Staro Rīga”. In the long term the Festival’s plan is to become one of the leading festivals of light in Northern Europe and to make Rīga one of the metropolises of light in Europe.

Video Invitation to the Festival of Lights!

Works from past festivals can be found on "Staro Rīga" Youtube Channel.

If you are in Riga:

The festival of light “Staro Rīga” takes place from the 18th to the 21st of November; all of the light sculptures are on view between 6:00 pm and 11:00 pm.

Admission to all events is free! 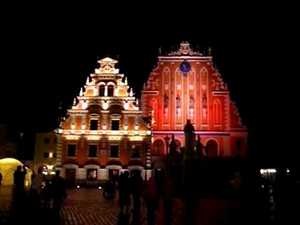 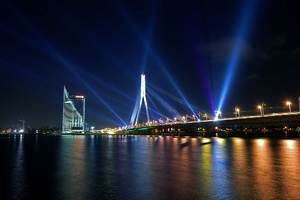