At the request of Japan, the European Commission activated the European Civil Protection Mechanism to provide assistance in the aftermath of the devastating earthquake and tsunami that struck the country on 11 March. Japan has requested search and rescue teams and search dogs for ongoing operations.

A massive 8.9-magnitude quake hit northeast Japan on Friday, causing dozens of deaths, more than 80 fires, and a 10-meter tsunami along parts of the country's coastline. Japanese media estimates of the death toll ranged between 1,300 and 1,800, but still big parts of the north are impassible. Thousands of people are still unaccounted for in Japan port.

"Japan is one of the best-prepared countries in the world to cope with disasters, but the sheer magnitude of this earthquake and the tsunami means that international assistance is needed. We are responding to the call as urgently as possible," said Kristalina Georgieva, Commissioner for International Cooperation, Humanitarian aid and Crisis Response. "Europe's civil protection system has been fully mobilized to help Japan overcome this immense tragedy," the Commissioner added.

The European Commission's humanitarian and civil protection department is continuously monitoring the situation in Japan and the other countries where tsunamis could hit. 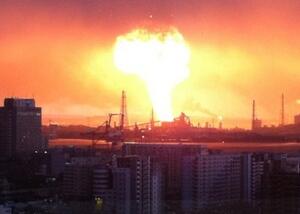