The European Commission adopted a comprehensive strategy - Transport 2050 - for a competitive transport system. The main issues are to increase mobility, remove major barriers in key areas and fuel growth and employment.

At the same time, the proposals includes a dramatic reduce of Europe's dependence on imported oil and the cutting of carbon emissions in transport by 60 percent by 2050.

Transport is fundamental to our economy and society. Mobility is vital for growth and job creation. The transport industry directly employs around 10 million people and accounts for about 5 percent of gross domestic product (GDP). Effective transport systems are key to European companies' ability to compete in the world economy. Logistics, such as transport and storage, account for 10–15 percent of the cost of a finished product for European companies. The quality of transport services has a major impact on people's quality of life. On average 13.2 percent of every household's budget is spent on transport goods and services.

To achieve the strategies goals will require a transformation in Europe's current transport system. By 2050, key goals will include:

Vice-President Siim Kallas, responsible for transport said, "Transport 2050 is a roadmap for a competitive transport sector that increases mobility and cuts emissions. We can and we must do both. The widely held belief that you need to cut mobility to fight climate change is simply not true. Competitive transport systems are vital for Europe's ability to compete in the world, for economic growth, job creation and for peoples' everyday quality of life. Curbing mobility is not an option; neither is business as usual. We can break the transport system's dependence on oil without sacrificing its efficiency and compromising mobility. It can be win–win."

The Transport 2050 roadmap to a Single European Transport Area sets out to remove major barriers and bottlenecks in many key areas across the fields of: transport infrastructure and investment, innovation and the internal market. The aim is to create a Single European Transport Area with more competition and a fully integrated transport network which links the different modes and allows for a profound shift in transport patterns for passengers and freight. To this purpose, the roadmap puts forward 40 concrete initiatives for the next decade. 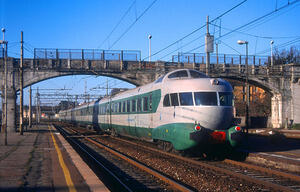