New board met in Riga to get alterations off the ground

The members of the new elected ICN Board started the New Year with an extraordinary general meeting on the 4th of February in Riga. General secretary Alf Johansen convoked the meeting to discuss amendments of the bylaws.

These amendments are necessary since the network is planning to establish an ICN Sweden as a supplementary to the existing international organization which is registered in Norway. „We may also open ICN in other countries on later stages. This can give us some more flexibility for organizing projects and search for funding from various sources“, explains Alf Johansen.

His suggestion, to establish one international board - that is an advisory board representing the members - and separate executive boards running the operations for various ICN bodies, was supported by all board members. This means ICN International, registered in Norway, will still operate the international board and invoice the members for annual fees.
ICN Sweden - and maybe other countries - will have a separate economy and may have separate members, funds and donors. They will also have a separate executive board and management. However, being a member of the "ICN Sweden" makes you also a member of the "ICN International”. Nevertheless, ICN will still be the same network, with a flat structure.

Furthermore, the board members decided to open up the network for more global engagement with a special focus on the environment, climate and green mobility issues. To integrate these new approaches the board members and the general secretary worked together on supplements of the bylaws.

After a productive working session, all participants unanimously decided on the new bylaws in the extraordinary general meeting. These are valid from now on. You can find the new bylaws here.

Besides the new bylaws, the board worked on a working program for 2019 that includes different new ideas and events. As mentioned ICN plans to establish an organization in Sweden. The board will also work on the idea to have an event or workshop for seniors to include ideas, experiences, and wishes of the older generation in future projects.

So far there are two ideas for youth events. One is a festival in Türi, Estonia in July that will focus on green ideas and the reuse of things. The second one is another youth camp in Scotland, organized by ICN partner PAS. In March ICN members will take part in the final event of the TenTacle project in Brussels. And in September ICN board member plan a trip to Norway to take part in the opening ceremony of a new bike lane that will connect Moss in Norway with Karlstad in Sweden. And last but not least the year will end with the annual ICN meeting. 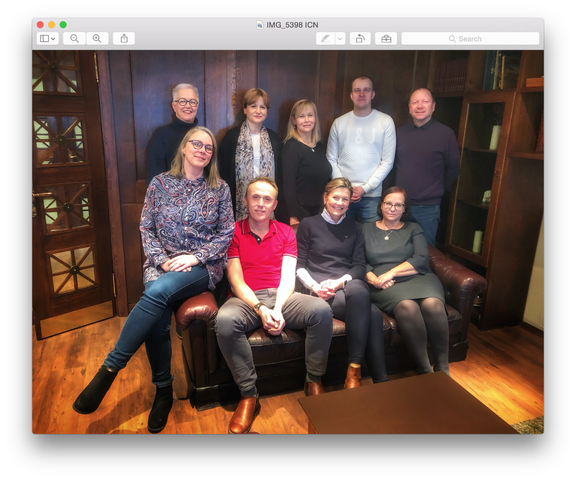