Human Development Report: Norway is the Best Place to Live in

United Nations has introduced the newest statistics on Human development. The report shows Norway is in the first position of the Very High Human Development list. Austria and Iceland are taking the second and third places according the data collected before the economic recession. The 7th place goes to Sweden, 12th position is taken by Finland, the 16th by Denmark and the 22nd by Germany. The last country which is still in the list of the very high developed countries is Malta being in the 38th Position.

The second part of the Report is called High Human Development and the three Baltic countries are listed in here where Estonia is taking the 40th position, Lithuania 46th and Latvia 48th. Poland is very close here being in the position number 41.

The worst situation is defined to be in Niger, Afghanistan and Sierra Leone being at the very end of the Low Human Development list.

United Nations development program (UNDP) index was prepared based on the data of 2007 about GDP per capital, education and life expectancy. It has shown tremendous differences among developed and developing countries.

The life expectancy indicator in Niger taking the lowest position in the lists was 50 years and that is approximately 30 years shorter than in Norway. A Norwegian earns 85 dollars when a Niger citizen gets 1 dollar for the same job done.

UNDP is announcing this kind of statistics since 1990. It has announced that global social development increased 15% since 1980’s and the biggest achievements were reached by China, Iran and Nepal.

The 10 countries of the Very High Human Development 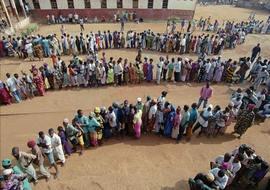