Have your say on Territorial Cohesion 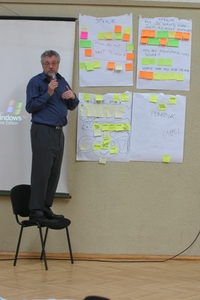 <p>The EU has published a consultationpaper on Territorial Cohesion. Ah&hellip; but what is &ldquo;territorial cohesion&rdquo; you may ask? That is a good question, because although the words have been around in EU-speak for some years now, it remains a difficult concept to pin down. This problem is recognised in the consultation paper itself, so maybe at the end of the process we will all be much wiser about just what it is that we are talking about! However, don&rsquo;t start yawning. Keep reading. This consultation paper is relevant to all members of the IC.</p>

The title of the consultation paper reflects the aspiration behind the idea of Territorial Cohesion. It is “Turning territorial diversity into strength”. There are wide regional variations within Europe: the opening sentences of the paper read like a movie screenplay, sweeping from the “frozen tundra in the to the tropical rain forests in Guyane…”. In the early days of EU regional policy, when the EU was much smaller and so the diversity was less, regional policy basically sought to bring every region up to the same level. Funds were targeted on those regions where GDP per head was less than 75% of the EU average. With the growth of the EU and the emphasis on competitiveness that followed the meeting in in 2001, a different track has been followed. The diversity between regions needs to be turned into an asset, and all regions need to grow their own economies – and to be able to access some EU support to help. As the paper says, “Increasingly, competitiveness and prosperity depend on the capacity of the people and businesses located there to make the best use of all of their territorial assets.”

Thus part of the push for territorial cohesion is to tidy up unfinished business in the reform of regional policy and retrospectively to secure the 2006 Community Strategic Guidelines on Cohesion which tied “territorial cohesion” to the jobs and growth agenda. However, there was another, slightly different stimulus also. That came from the member states who adopted the “Territorial Agenda” at a meeting in in 2007. In crude terms, the Strategic Guidelines approach the issue from an economic standpoint, whereas the starting point for the Territorial Agenda is basically geographical and political. Thus it restates the need to support regions that are geographically disadvantaged, such as mountain areas, islands and external border regions, and sparsely populated areas. It also stresses connections between regions and regional co-operation.

A further concern is the fact that EU directorates and their sector policies – such as the agriculture policy – pay little or no attention to the territorial dimension. The paper makes this point. In addition, DG Regio uses the consultation paper to re-iterate that it is not seeking to intrude into the members states’ areas of responsibility for land use and development planning.

The consultation invites responses (by 28 February 2009) to a number of questions. These include, amongst others:

These are all questions that should be of interest to IC members and to the IC as a whole. So how about these as a set of responses?

Territorial cohesion means having a sense of solidarity between different territories and putting this into practice so that no region feels seriously disadvantaged or neglected.

Geographically disadvantaged regions do have specific needs but also special qualities that need to be conserved. The emphasis should be on helping them to realise their territorial potential rather than on open-ended subsidies.

Territorial cooperation can be a strong force for building solidarity, a shared identity and for mutual learning. The IC project showed that, as did its predecessor PIPE. These were very valuable exercises, and the Commission should ensure that similar initiatives can be supported in future. In particular it should be possible to do longer projects, with more direct continuity to previous ones. The involvement of young people is crucial to building ’s future and this fact needs to be recognised by the Commission.

There should be more scope for professional secondments and placements to deepen the process of co-operation. There also needs to be better training and understanding of different cultures at every stage so as to get more out of the co-operation.

Yes, it should be easier for a variety of actors to get involved in the territorial co-operation process. 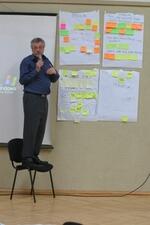