A step towards independance

25th November Greenland organised a referendum on the issue of autonomy. It resulted in a majority for greater auutonomy. 75,54 % voted for the proposed devolution settlement. The turnout was 71,96 % and manifested a total of about 40.000 votes. The new act will come into force on Greenlands national day - 21st of June 2009 - thirty years after the implementation of the current aotonomy system which gave Greenland some independance from Denmark and a seat in the Nordic Council of ministers as an autonomous territory. 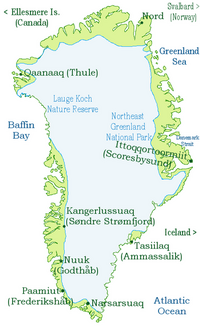