On 24th of February 1918 got independence from . Today, 93 years later, the country is listed as a High-Income Economy by the World Bank and the the United Nations lists Estonia as a developed country with a Human Development Index of "Very High" - good reasons to celebrate the 93rd anniversary of the Republic of Estonia.

“Today we have very different life stories and professions gathered here. Our compatriots, our friends and supporters from other countries. You all share a deep sense of commitment and an open soul. A will and an ability to give more than your job description demands, or your boss tells you to”, said President Day.Toomas Hendrik Ilves when presenting the honorary decorations awarded in the hall of the Bank of Estonia on the eve of .

“Estonians can be proud that despite fifty years of occupation, the democratic flame lit in 1918 was never extinguished”, explained US Secretary of State, Hillary Clinton, in a press release. She also reaffirmed the commitment of the to work together to further deepen and strengthen the partnership between both countries.

To celebrate Independence Day and acknowledge service to the of , the President of the Republic awarded honorary decorations on 2nd of February to 99 citizens of and its supporters from abroad, whose activities have contributed to promoting, maintaining and securing ’s independence. 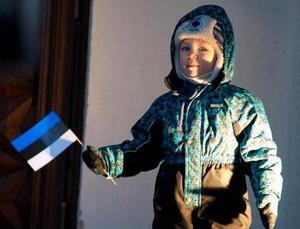