Germany is getting green

By the year 2022 the last nuclear power plant in Germany will be switched off, announced Chancellor Angela Merkel after a meeting with the Prime Ministers of German states. Germany's nuclear exit will take place in several steps, stated Merkel, with an irreversible final date for the phase-out in 2022.

With this decision Merkel's centre-right government followed the crisis at the Fukushima plant in Japan. The commission is 'of the firm belief that an exit can be completed within a decade,' the 35-page report entitled 'Germany's Energy Turnaround - A Joint Task for the Future' said, according to Spiegel Online.

A serious of laws will have to be passed to make the nuclear exit possible e.g. to boost renewable energy and energy efficiency in building. But a lot of projects are contentious and expensive. And not to forget: While Germany plans the phase-out of nuclear power other European countries plan to build new power plants. “A German plan to shut all nuclear reactors by 2022 is unlikely to inspire many imitators abroad”, states Reuters correspondent Alistor Doyle.

Nevertheless, this is a huge step for Merkel’s central coalition. Just last autumn they announced the extension of life of German nuclear power plants. But after the disaster in Japan everything changed – although this might not be the only reason for the new strategy. In the last month the central coalition is facing a loss of votes. 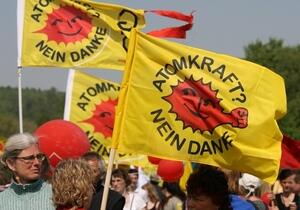