Germans take one step to the right

The Social Democratic Party faced the most dramatic defeat since 1945. Willy Brandt's party is bleeding. More than 10 % of the votes went to other parties, to right and left. Mr. Frank Walter Steinmeier didn't manage to regain the socialdemocratic dominance in German politics. The biggest EU country will probably be followed by the UK when Gordon Brown soon will be running against the new conservative leader Mr.David Cameron. Brown is expected to lose even if he "is not rolling over" as he recently told the BBC.

Frank Walter Steinmeier admitted the bitter defeat. He is going to lead  a vigilant opposition, he said.  An aspect in the German election is also that the Left and the Greens strengthened their positions, and first of all the Liberals did a very good election. In fact the both largest parties lost votes to other parties.

Europe has not been this blue since the World War II. Analysts are now discussing the reasons behind this Germanand European  right turn. Soon the 4 largest EU countries may be governed by the conservatives. Maybe strange after a deep financial crisis caused by a deregulated finance market and only few months after the whole world was expecting more politics and public intervention. However, the social democratic parties seems to have lost the ability to inspire the voters within these largest democracies. Only Spain is still keeping a rather strong social democratic government within the union. However, how long will that last with the highest unemployment rate in Europe ?

Even Scandinavia is leaning to the right. Norway, which in many ways is not a typical European country, is still a social democratic fortress and the unemployment rate is 3,0% . However, the other Scandinavian countries have now put right wing parties to govern their countries. Will the social democratic downturn change or will the whole Europe slide towards more conservative and market oriented politics ? What will happen to social welfare programs, to workers rights, to gender equality and other social democratic causes ? Will also eventually the Nordic welfare model fall as the whole Europe turns blue ? Will Norway be the only red and green country at the map ? Or will it join the EU and change together with the rest ? 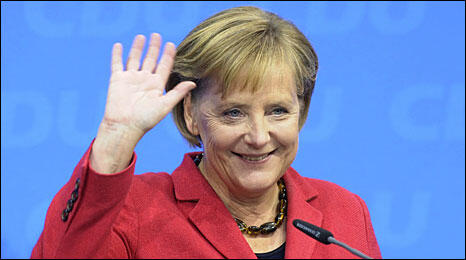