IC Interview with the German Ambassador to Norway

Germany and Norway are close political partners, says Detlev Rünger, German Ambassador to Norway. In an interview with IC Network Rünger talks about partnership, similarities and his idea of a future relationship. The ambassador bewails that Norway is not a member of the European Union.

IC: How would you describe the Norwegian-German partnership?

Rünger: Germany and Norway are neighbors in Europe and close political partners. Our culture and our languages are related, also economical relationships are intense. Germany is Norway’s second largest trade partner and Norway plays a central strategic role as second important oil and domestic gas supplier for Germany. Tourism is flourishing in both directions and Norway is a popular job market and an attractive place for people who want to move abroad

IC: Where can extraordinary fertile examples for co-operations be found?

Rünger: As mentioned there are many examples. Let me point out two: Co-operations in the power supply industry evolved to an important emphasis. Since decades German companies belong to the most important gas and oil consumers out of Norwegians continental shelf. big gas pipelines connect those fields with Germany. These are long term investments and extraordinary successful relationships which assure a huge part of Germany‘s power supply. For the Norwegian society this is a source of well being and social development. Especially Norway‘s domestic gas stock is huge and will last for coming decades. This environmentally friendly energy source has big potential not only for the use of heating or cooking but also for environmentally sound power supply and for the transport sector. Also, long term perspectives in the power supply sector are of outstanding importance: Norway has – including the offshore sector – the biggest wind energy potential in the whole of Europe. Norway already wins almost all electricity out off hydro power. There is a big chance for the time to come in using already existing storage-type plants as “green batteries” for wind energy.
Another dynamic developing sector is tourism. There are considerable rates of growth in both countries. According to the latest figures Norwegian travelers booked more than 650.000 guest-nights in Germany from January to October 2010 – a gain of 19 percent compared to 2009. The city of Berlin itself recorded 37 percent more guest-nights booked by Norwegians. This is the highest increase of all foreign visitors. In 2010 25 percent more Germans visited Oslo than one year ago. With 1.6 million guest-nights in 2009 Germans are the top Norway travelers.

IC: What was the most impressive thing you witnessed since your inauguration in 2009?

Rünger: Norway is a beautiful country with friendly people and it is also extraordinary satisfactory to work in that neighboring country with which we share so many similarities and interests. That was my first impression and the more I got to know the country and its people this impression intensified.

IC: Would you recommend Norway to your fellow countrymen?

Rünger: Norway has always been a popular holiday destination for Germans and I do recommend it without any limitations. There are plenty of possibilities and they even have improved in the last years. Germans appreciate the beauty of the Norwegian landscape. A lot of them come on regular basis; they go hiking, fishing but also more and more come to go skiing

IC: What do you think Germans could learn from Norwegians?

Rünger: In statistics dealing with quality of life and social standards Norway is regularly listed on top or at least within in the top-runners. There is a good welfare system and in terms of equal rights for men and women Norway has set the ideals for a long time. This also has positive influence on the demographic trend. All this attracts a lot of attention in Germany and I think we could in fact learn something out of it.

IC: In which sectors would you like to intensify co-operations between both countries?

Rünger: The political dialogue between our countries is traditionally very close. We work together closely in bilateral and international forums, whether it is about disarmament in Afghanistan or topics within the United Nations or the NATO. We will foster and intensify these co-operations. But personally, I bewail that Norway is not a member of the European Union. In two referenda the Norwegian voters decided against a membership and unfortunately in the last time the endorsement diminishes. From the German point of view this is a deplorable trend and I do wish that this will reverse and finally result in a membership.Furthermore, I already mentioned the perspectives on the energy sector. I do hope we can project the eminent co-operation of the last decades onto the future and work together to enlarge the use of alternative energies and new networks. Another point that is very important to me: The advancement of our cultural relationship, especially the fostering of the German language in Norway. Unfortunately, there has been a trend in recent years that cannot only be witnessed in Norway. Here, as well as in other countries there is a strong focus on English as a foreign language. Today, good English language skills are essential. Nevertheless, I really do wish that the German language would again become more important in Norway. But without political governance in the Norwegian education system there will be no essential changes. As a contribution the German Embassy concentrates to support the German school in Oslo, which has great reputation – rightly. We want to push this 30 year old institution of education in the long run, so that Norwegians and Germans can grow up together and learn together, develop great language skills and built up a lasting relationship with Germany. 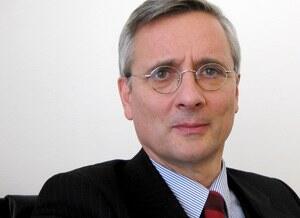