The world's population has now grown to 7 billion, and the coming two decades of will be unprecedented moment in human history: This global population will grow from 50 per cent urban today, to 70 per cent. Proper urban planning was absolutely vital if the world is going to manage the fast urbanisation experienced in history, said UN-Habitat Executive Director Dr. Joan Clos in his keynote address.

“The world is faced with many challenges including environmental and financial crises. Another new challenge is the increasing poverty in the world’s urban areas both in developed and developing countries. This is one area we must urgently address. (…) “There is no alternative but to face the challenge head on,” he declared.

In his address, the Vice President of the Republic of Comoros Mr. Nourdine Bourhane said his government had deliberately undertaken to provide cities with strategic management tools to help them in achieving sustainable development.

A football match, youth and gender assemblies as well as the launch of a new report marked the beginning of the Sixth Session of the World Urban Forum which kicked off in this scenic Italian city at the weekend.

The Habitat Cup is a new initiative of UN-Habitat to promote urban development and youth empowerment through sports. The original idea was to have a team from slum areas across Nigeria play with their Italian counterparts. However, the Nigerian delegation was not able to travel due to visa's issues.

The day also witnessed the launch of the ‘Youth in the Prosperity of Cities: State of the Urban Youth Report 2012-2013.’Presented by a director of UN-Habitat Mr. Oyebanji Oyeyinka, the report notes that inequality, unequal opportunities as well as the issues of employment and underemployment were by far the greatest challenges faced by urban youth in the 21st century. According to the report, the inability of national and city economies to create adequate numbers of quality jobs was one of the root causes of economic and social exclusion and a significant root cause of informal economies. 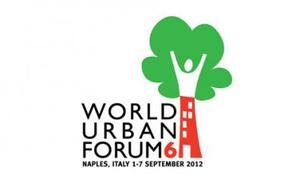