At the EU-Russia Summit Yesterday Commissioner for External Relations and European Neighbourhood Policy, Benita Ferrero-Waldner and the Russian Minister for Regional Development, Viktor Basargin, signed the Financing Agreements for five cross-border co-operation programmes (CBC). These financing agreements are central to the implementation of cooperation programmes between the border regions of the European Union and Russia.

"The CBC programmes with Russia will allow the regions on both sides of the border to intensify co-operation in the areas of common interest that have been jointly identified.", Commissioner for External Relations and European Neighbourhood Policy, Benita Ferrero-Waldner declared. She added "The border regions will jointly promote economic and social development, address common environmental challenges and ensure efficient and secure borders. Direct people-to-people contact is an essential element of these programmes, so joint actions in areas as education, culture, civil society are a central component. I am convinced that the CBC programmes will bring tangible benefits to people in the regions on both sides of the EU border".

There is a wide array of issues that can be addressed in Cross-Border-Cooperation programmes – examples include promotion of small and medium enterprises, business and trade, transport, technology, research, and tourism. The regions will address common challenges in the areas of environment, nature protection and renewable energy, culture or protection of historical heritage.

The innovative character of this kind of cooperation lies in its balanced partnership: for the first time partner countries and EU member states apply a single set of implementing rules, share one single budget and take decisions together within a common management structure. Common needs are identified by local partners on both sides of the border for activities that are most relevant to their local situation, creating an approach from the bottom and according to real needs.

The programmes involving Russia are:

For additional information on ENPI CBC in general: 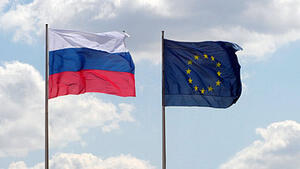