Women in the European Union earn on average 17.5 percent less than men during their lifetimes. This stark figure will be highlighted during the first EU-wide Equal Pay Day on 5th of March. This day marks the extra number of days in 2011 that women must work to match the amount of money earned by men in 2010.

The European Commission is committed to closing the gender pay gap and published an overall strategy for gender equality in September 2010. This year’s Equal Pay Day, which aims to raise awareness of the pay gap, comes ahead of International Women's Day on 8 March.

"97 million women in Europe have been working since 1 January, but are only really starting to get paid this week," said Vice-President Reding, the EU’s Justice Commissioner. "The European Equal Pay Day reminds us of how much work needs to be done to close the gender pay gap. Together with Member States and social partners, we will seek to significantly reduce the gender pay gap in the EU, so that one day we will no longer need an Equal Pay Day to mark differences in earnings between men and women."

Equal pay for equal work is one of the EU's founding principles. It was already part of the Treaty of  Rome in 1957. However, progress in reducing the gender pay gap has been slow: The rate ranges from 5 percent in Italy to percent in Estonia, according to the latest figures for 2008. This reflects complex and ongoing inequalities in the labour market.

To tackle the gender pay gap, the Commission will:

Thanks to EU and national legislation on equal pay, cases of direct discrimination – differences in pay between men and women doing exactly the same job – have fallen. But the pay gap goes far beyond this: it reflects ongoing discrimination and inequality in the overall job market. The effect of the gender pay gap on lifetime earnings means that women will also have lower pensions. As a result, elderly women are more likely to face poverty: 22 percent of women aged 65 and over are at risk of poverty compared to 16 percent of men.

A Eurobarometer survey on gender equality released last year showed that 62 percent of Europeans believe gender inequality still exists in many areas of society. 82 percent of respondents said the gender pay gap should be addressed urgently and 61 percent think that decisions at EU level have an important role to play in the promoting gender equality.

On 1 March, Vice-President Reding met with CEOs and chairs of boards from some of Europe's top firms to discuss how to increase the number of women in company boardrooms. 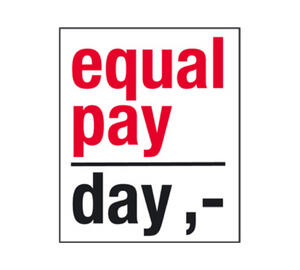