The hot topic of this year's event was transport - corridors, railways, roads and their importance for rural Europe.

More than 26 years ago Alf Johansen, Norwegian citizen and general secretary of the Innovation Circle Network, set his foot for the first time on Latvian soil. The country had just recently declared his regained independence and Alf Johansen stayed in Hotel De Rome, located in the old town of Riga right next to the famous freedom monument. Today the name of the hotel has changed slightly into Hotel Roma and Alf Johansen is still coming to Latvia. Just now he visited Riga once more and stayed again at Hotel Roma, where about 60 participants from ten different countries met for the 9th annual conference of the IC Network. A network, that was established in 2007 to bring together rural regions and municipalities of the Baltic Sea Region and to cooperate for a better future of rural Europe.

Still that is the aim of the Innovation Circle Network. Therefore ICN joined the TENTacle project together with more than 80 organisations from eleven countries involved. The project focuses on improving stakeholder capacity to reap benefits of the TEN-T core network corridors (CNC) implementation for the prosperity, sustainable growth and territorial cohesion in the Baltic Sea Region.  Therefore the annual conference had a strong emphasis on transport issues.  Under the slogan “Europeans on the move – Between urban hubs and rural towns” speakers talked about linkage between transit corridors and regional growth, about town development and new transport routes, projects such as the Helsinki-Talinn-Tunnel and Fehrman-Belt case.

The conference was opened by Hardijs Vents, Chairman of the Development Council of Vidzeme Planning Region, a long-term partner of the IC Network. „It is very important for us to be part of the IC Network and to participate in TENTacle project.”, said Vents. He hopes for practical impacts of the project in his region.

Andris Maldups, Director of transit policy department of the Ministry of Transport in Latvia stressed in his presentation the need to find new possibilities, markets and clients. Maldups talked about how the TENT-T core network will influence transport and logistics within the Baltic Sea Region and Latvia’s role. The aim is to create new jobs not only in Latvia but in the whole BSR Region. One important factor to achieve this is the new connection between Yiwu City in China and Riga that connects China with Europe by land. The first pilot container train mutually organized by Latvian and Chinese railways arrived in the Riga Central railway station on the 5th of November, 13 days after it has left the Yiwu, so Maldups. He also mentioned that all ports – no matter if bigger or smaller ones - are important. Asked if the Ministry has a vision or plan on how to develop regions like Vidzeme through railroads, Andris Maldups explained that the Ministry tries to allocate a rather small budget into main road infrastructure and public transport in order to provide equal rights for different regions.

TENTacle project manager Wictor Szydarowski gave a profound description about the history behind TENTacle, its seven regional showcases and the macro-regional outcome of the project. 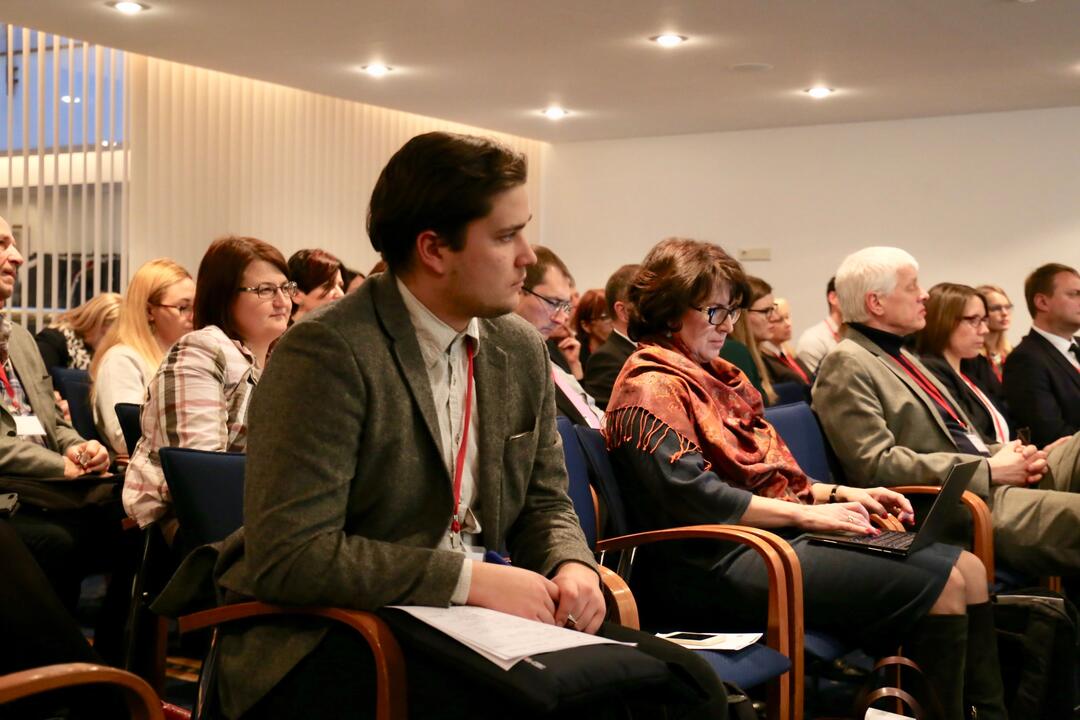