The Cancun climate change talks closed on 11th of December with an agreement aimed at stopping climate change. A comprehensive global deal is now back on track after the agreement, which was reached despite protests by Bolivia during a dramatic finale to the United Nations meeting in Mexico. Representatives from more than 190 countries got together to agree on the best way to cut carbon emissions.

The last attempt to reach a global deal in Copenhagen at the end of last year ended in chaos and there were fears that the UN process could collapse completely if talks failed again. However, after two weeks of negotiating, countries agreed on a compromise that all countries should commit to cut emissions, for the first time. The "Cancun package" also sets up a "green fund" to help poor countries cope with climate change and a new scheme to halt deforestation.

The EU has forced its industry and energy sector into a cap-and-trade carbon scheme since 2005. The hope in Brussels has always been that the rest of the world would follow suit. After all, the Kyoto Protocol was specifically designed to achieve carbon reductions through market mechanisms. In practice, however, the EU is still virtually the only region in the world that caps emissions from its own industry.

The latest round of climate negotiations which finished Saturday, on the 11th of December in Cancun has not brought a change in this status quo. It is still uncertain whether the world will agree to extend the Kyoto protocol beyond 2012, and just as uncertain what an international or global emission trading scheme will look like, if it will ever come about at all.

For the proponents of emission trading, there was some good news coming out of Cancun, though. The final convention text of Cancun does endorse the importance of ‘market-based mechanisms’. It also, for the first time, says that carbon capture and storage (CCS) projects in the developing world should be eligible for carbon credits in the Clean Development Mechanism (CDM) – the Kyoto Protocol’s international framework that allows developed countries to “buy” emission reductions in developing countries.

Meanwhile, in Brussels, policymakers are getting increasingly impatient with the rest of the world for not playing ball. Whereas the European Commission does not yet show any intention of scrapping its Emission Trading Scheme, it is getting increasingly dissatisfied with how the CDM is working out in practice. To many in the European capital it seems that all the CDM does is subsidise doubtful projects in the wealthiest developing countries, like India and China, without doing much good for the climate. For this reason, the Commission has recently launched a proposal that should lead to – as the Commission puts it – a ‘major overhaul’ of the CDM. 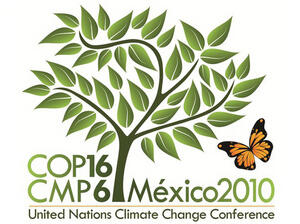