Energy, environmental protection and urban policy - topics that are on the agenda of each resonsible local authority. To pool their strenght the European association of local authorities in energy transition - Energy Cities - has been found.

Energy Cities was created in 1990 and represents now more than 1000 towns and cities in 30 countries. From 2013 to 2015, Energy Cities is under the Presidency of the City of Heidelberg (Germany) with a Board of Directors of eleven European cities. The association's premises are located in Brussels, Belgium and Besançon in France.

Main objectives of this association are the following:

Proposals for the Energy Transition of Cities and Towns
In 2012, Energy Cities initiated a process aimed at making and debating proposals for accelerating the energy transition of European cities and towns. These proposals are based on innovative approaches, new ideas and groundbreaking practices. They provide practical answers and link today’s action to the long-term vision of a low energy city with a high quality of life for all. 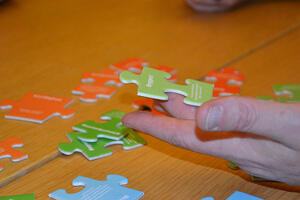