Blowing the winds of change

Almost a third of Europe's city-dwellers are exposed to polluted air. A new report published by the European Environment Agency (EEA) shows that many parts of Europe have persistent problems with outdoor concentrations of air pollutants.

These pollutants cause nearly half a million premature deaths in the EU every year as well as significant health problems, which lead to increased hospital admissions, extra medication and millions of lost working days. In addition to the health burden, air pollution causes significant damage to ecosystems, agricultural crops, modern materials and our cultural heritage.

Last year, EU Environment Commissioner Janez Potočnik announced that the revision of the National Emission Ceilings (NEC) Directive would be postponed to 2013 which would be the EU’s Year of Air. In the meantime, all EU air legislation is being reviewed and subject to a public consultation, which is expected to lead to legislative proposals in 2013.

On Tuesday 8 January 2013, right at the start of the Year of Air, the European Environmental Bureau (EEB), in conjunction with the ‘Soot Free for the Climate’ campaign, will hold a conference to discuss the future of EU air policies. The conference will take place in Brussels at the Representation of the State of North Rhine-Westphalia to the European Union, and will serve as the launch event of the 2013 Year of Air.

The conference will open with a keynote speech by Environment Commissioner Janez Potočnik. The day will feature three panel discussions, one in the morning and two in the afternoon. The first one will address cutting air pollution from most problematic sources. The second one will investigate the public health aspect of the problem, while the third one will look into synergies between climate change and air pollution policies. 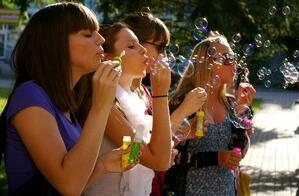