According to Eurostat the population in the Baltic states is likely to decrease as much as 25 % until 2060 if nothing will change the trend. At the same time the population in EU as a whole will increase with about 25 millions until 2035 and then drop again to almost todays level in 2060.

Another aspect is that the population will be significantly older. Only Bulgaria is predicted to face a more dramatic decrease than Latvia and Lithuania. Cyprus, Ireland and Luxemburg are set to see the largest increase in population in the same period.&nbsp;<a target="_blank" href="http://www.baltictimes.com/news/articles/21231/">Read the related article in The Baltic Times </a></p>

For smaller communities and medium sized cities we can guess that the decrease will be even more significant than for the country average. Lack of labor, drop in real estate prices and emigration of youths are normally consequences of the development. These figures are the clear writing on the wall having in mind that more and more people are searching for interesting jobs and lifes in the major cities. The challenges for the small and medium cities are pretty obvious. They must do something or shrink.

The question is what support strategies the European community as a whole can come up with for stimulating new growth in the rural areas. One issue is also if the new member states in the east are competitive compared with the more established democracies in the west or if people will continue to move from east to west. Another issue is the family oriented welfare system. It's previously well documented that countries like Japan and Italy are suffering from a low birthrate. Rigid and old fashion working life and family structures have been pointed out as reasons for this. Carrier oriented young women are delaying or avoiding reproduction.

There can be indications that the Baltic states and Russia are facing the same problems. Question is if the governments and the business life are able to come up with any relevant answer to this major challenge. In the end of the day the predicted decrease in population in the eastern countries can become a worry both for the east and the west of Europe. The Lisbon strategy recommends that the whole Europe are contributing to the growths and the competitiveness. The huge land resources in the eastern parts of Europe are today yet to be exploited in the more efficient way. If the countryside in the east is drained for labor force this can become an obstacle for cohesion and integration of the rural and peripheral areas and for the economical development of Europe. 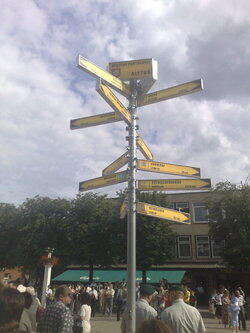