Arctic Regions can become a model of effective cooperation for all world community. Such opinion was stated by the Governor of the Murmansk Region Dmitry Dmitrienko at the opening of the I Murmansk International Economic Forum. Foreign Minister Sergei Lavrov estimated the role of the forum with these words: «The Murmansk Economic Forum is a contribution of Russia to affair of further advance of economic and other forms of interaction, both in Barents region and in the Arctic Regions" 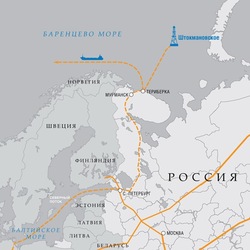 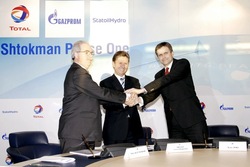 "Changing environmental conditions and fast development of technologies open up new possibilities in the Arctic Regions, but they also cause new problems. I am sure that dialogue, cooperation and creative approach will help to find some decision», - Lavrov added.

Central events are: Plenary meeting «Barents Euro-Arctic Region – a unique model of cooperation on border territories»; Opening of the 5th international specialized exhibition «SEVTEK-2009», at its seminars and conferences participants will discuss cooperation possibilities in oil and gas branch; Session of signing of Cooperation agreements of Murmansk region government will also become a central forum event.

Agreements will be devoted to cooperation in areas of development of mineral deposits, developments of transport hub, energetic, wildlife management, tourism and trade. So at the meeting important agreements of the beginning of complex development of Shtokman deposit, and agreement with the largest Russian companies, such as «Rosneft», «Aeroflot-nord», «Russian Railway», «Bank VTB the North-west» and others will be signed.
Today there are some results of “MIEF-2009” already can be seen:
·         On the forum opening day in Murmansk Barents Euro-Arctic Council session took place. Delegates summed up the work for the previous period and indicated guidelines of work for the future. Participants of the session came to the conclusion that cooperation in the Arctic Regions is inevitable that is connected with development of hydrocarbon reserves on the Arctic Regions shelf – not a single country one by one will have technical and material resources.
·         Traditional economic exhibition «SevTEK-2009» opened in the Ice Palace of Murmansk on October, 15, is organized in the framework of the Murmansk International Economic Forum for the first time. The main task is to promote expansion of contacts and interaction deepening between experts of the fuel and energy complex and the allied industries, interested in a long-term cooperation in the Arctic Region. This year the exhibition promises to be especially interesting as the basic shareholders of the first phase of Shtokman gas-condensate deposits elaboration take part in it: «Gazprom», «Total», «StatoilHydro», and «Shtokman Development AG» company - holder and infrastructure operator of the first phase of field development. In total more than hundred companies from Russia, Canada, Norway, Finland, Scotland and other countries are the participants of «SevTEK-2009» which presented research works, equipment for investigation, development and operation of oil and gas deposits, technology of processing of hydrocarbonic raw materials, transportation and storage of hydrocarbonic products.
·         Cooperation agreement between the Government of the Murmansk Region and joint stock company «Shtokman Development AG» was signed by the Governor of the Region Dmitry Dmitrienko and the chief executive of the company Yury Komarov during Murmansk economic forum. The subject of the agreement is the guarantee of mutually profitable and long-term cooperation between the Government and the company on the questions connected with the assurance of the project s reliable progress of an integrated development of Shtokman gas-condensate field (Phase 1) and social prosperity increase of the citizens.
·         Murmansk Region Government and JSC «Rosselhozbank» have agreed about cooperative labour within the framework of State program realization of rural economy development and market regulations of agricultural commodities, primary materials and provisions during 2008-2012 and Federal target programme «Efficiency upgrading of usage and development of fisheries industry resource potential in 2009-2013». Cooperation in programme realization will be primarily directed on support and financial consolidation of agricultural and fishery enterprises, private subsidiary and farm enterprises, improvement of living conditions in the country.
·         Cooperation agreement between the Government of the Murmansk Region and joint stock company «Bank VTB North-west» was signed by the Governor of the Region Dmitry Dmitrienko and the chairman of board Dmitry Olunin. In particular, the bank intends to participate in investment and social projects of the region government, as well as in priority national projects which realization is planned on the territory of the Murmansk Region. Also one of the important aims of cooperation will be the advance of high-tech banking products and transactions on financial market of the Murmansk Region.
·         Cooperation agreement between the Government of the Murmansk Region and LLC «Gazprom dobycha shelf» was signed by the Governor of the Region Dmitry Dmitrienko and the Director General of the company Alexander Mandel. Within the framework of the I Murmansk International economic forum both parties agreed about the necessity of collaboration mechanism creation in the project realization of Shtokmanov gas condensate deposit reclamation, admitted mutual interest in adjust approach in solution social problems. According to the contract good till 2015 inclusive, LLC «Gazprom dobycha shelf» enters into an obligation realizing of co financing of reconstruction and building of existing and new engineering services – water piping, drain system, heating line, power lines – in Lodeynoye settlement, highway construction to the village Teriberka. In the rural settlement the company will co finance the construction of oil-fired boiler house followed by its conversion to gas fuel. Moreover, it is a building owner (investor) of apartment blocks in the settlement Teriberka, social facilities, health care institutions, mini-recycling plant of seafood. In order to provide localization and liquidation of possible emergency situation connected with gas transmission and gas condensate in the water area of Barents Sea and Teriber bay the parties consider a possibility of attraction «Murmansk Basin Emergency and Rescue Department» on contract terms.
According to Dmitry Dmitrienko, Arctic Regions are original indicator: attitude to them indicates maturity level and responsibility of the modern society. Validation criterion of conclusion about the future of this sector should become both interests of all world community, and of each separate person, notably in a long-term prospect. They are in turn impossible without formation of innovative approaches of advancement in Arctic Regions.
The governor expressed confidence that having good will of the world community, careful attitude to the North nature, diligence to social aspects of Arctic territories reclamation and the use of modern innovative approaches can help Arctic Regions become a modern model of effective cooperation between the countries for all world community.
Info source: http://www.murmanskforum.ru/eng 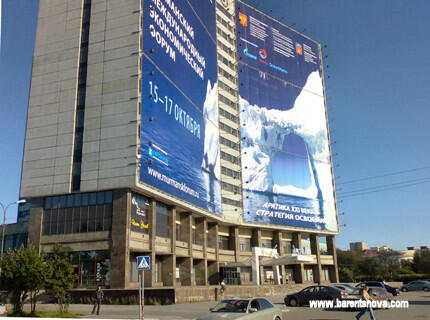