Alytus City Mayor Ceslovas Daugela was arrested by the Special Investigation Service the 6th of October and detained for 15 days. He is suspected of illegal actions dealing with the reconstruction of Alytus City Stadium. The main accusation is the falsification of documents and a high scale, more than 145,000 EUR, embezzlement of assets. There were three more officials from the municipality arrested including Alytus City Municipality administration director and a couple of representatives from the construction sector. The deputy director of the Mayor’s family construction company “Kortas” was also arrested for 1 day. The four suspects were released the same day after interrogation on the pledge not to leave Lithuania. 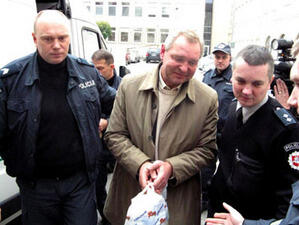