“Koolhaas is controversial”, writes the Spiegel. “In July, Nicolai Ouroussoff, an architecture critic for the New York Times, wrote that his spectacular building for the Chinese state television network CCTV in Beijing, completed two years ago, "may be the greatest work of architecture built in this century." But Koolhaas has also been sharply criticized for helping a dictatorial country create its most powerful structural symbol.”

Click here to read the outcome of an hour Hamburg City tour. 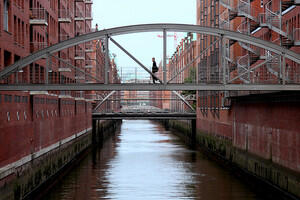