Aarhus recommended for the title

The independent selection panel assessing the cities applying to future European Capitals of Culture has recommended Aarhus for the title in 2017. Aarhus beat off the challenge of Sønderborg to represent Denmark. Cyprus is the other Member State in which a city will host the title in five years' time.

The two winning cities will be formally nominated by the EU's Council of Ministers in May 2013. Androulla Vassiliou, European Commissioner responsible for Education, Culture, Multilingualism and Youth, stated: "I congratulate Aarhus on its successful bid. I am sure the city and its citizens will participate with enthusiasm in the preparations for the year. The European Capital of Culture has an important role to play in promoting the diversity of Europe's cultures. The initiative is also a catalyst for the transformation of cities, bringing substantial economic and social benefits to its citizens."

In Cyprus, Nicosia and Paphos are still in competition. The selection panel is expected to make its recommendation in mid-September.
Bidding cities are assessed on the basis of criteria laid down by the European Parliament and Council of Ministers. These criteria state that the cities should prepare a cultural programme with a strong European dimension and foster the participation of citizens living in the city, in its surroundings and abroad.

The European dimension is reflected in the chosen themes and the way in which the events in the programme are organised. Cooperation between cultural operators in different EU countries is encouraged. The programme must also have a lasting impact and contribute to the long-term cultural and social development of the city. 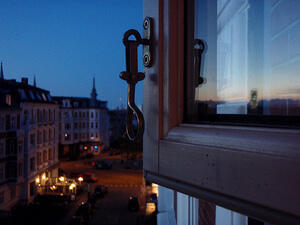