The Human Power of ICN

It’s been ten years now since the Innovation Circle Network was established. How vibrant and strong it is after one decade of cooperation, projects and friendship was proven during the ten years celebration event from 8th to 10th of November in Suwalki. 70 participants from ten different countries made the human power of ICN visible.

Suwalki is known as the coldest place in Poland but when it comes to the people one can feel that there is so much cordiality in this city that it is almost impossible to feel cold. ICN members know that. They have visited Suwalki – network partner since the very beginning - several times. Now Suwalki hosted the second annual ICN conference. People from Estonia, Germany, Latvia, Lithuania, Norway, Poland, Russia, Scotland and Sweden visited Suwalki to celebrate the ICN aniversary. For the first time even a delegation from China attended the event.

As in 2013 the conference was opened by Czesław Renkiewicz, president of the city of Suwałki, who reminded all participants on how it all began:
„Everything started in Warsaw in 2007, at the meeting closing the Innovation Circle project, in which, as the Deputy Mayor, I also participated.” The partners of the Innovation Circle project wanted to continue cooperation they had established in the project and they decided to start running the association. „10 years have passed and we meet again in Poland. This is an honour for us, but also a commitment to an even better and more effective cooperation in the years to come”, emphasized the president.

Together with ICN general secretary Alf Johansen from Norway and Rita Merca from Latvia, Chairwoman of the ICN board, Suwalki’s president cut the big celebration cake and raised toasts for ten more successful years to come.

Mrs. Xiaohong Wang from China conveyed greetings and best wishes from the „Committee of the China Association for Promoting International Economic & Technical Cooperation” and promised that China will cooperate with Europe and the rest of the world to build a more rational and bright future. „I personally wish Europe a thriving and prosperous future in economy, culture, education and environmental areas”, said Xiaohong Wang and encouraged all participants to play an active role in and to come up with their aspirations and specific project cooperation proposals.

Besides a fantasic dinner and a lot of talks about good memories and future plans a storytelling session chaired by Professor Cliff Hague from Scotland was part of the first evening. Anders Solve Strand from Norway and Maxim Belov from Murmansk shared with the audience their own story about how they became part of the network as young students and how this experience had influenced them. Both are now succesfull working with their own businesses as well as in politics trying to make their home regions a better place to live at.

"ICN is a valuable example of how to do transnational co-operation", said Cliff Hague pointing out the great strengths of ICN: The trust and mutual respect amongst the partners, its capacity to connect towns in rural and peripheral regions and share know-how, and its commitment to involving young people in governance and entrepreneurship."

One of the very special moments of the first evening was, when Professor Cliff Hague from Scotland asked all participants to stand up, form a circle and closing it by holding each other hands. “What you feel now is the human power of the Innovation Circle that makes this network so strong”, stated Cliff Hague before everybody raised their arms for a cheer for ICN.

The spirit that was build that evening filled the next two days and made this event a very special one. All participants visited the second Business Borderlands Forum in Suwalki „FOOD, INDUSTRY, LIFE”, where ICN partners from Norway contributed to the program. Furthermore all participants learned about the TENTacle project, that several ICN partners joined as well as the network itself. With a guided city tour that made the development of Suwalki visible the 10th annual conferences ended. It brought a lot of new energy, ideas and a strong will to work together even more close. This event showed ICN is a testament to the fact that cooperation between different nations and cultures is not only possible but is necessary to make our cities and regions better places to live at.

Feel free to downloand memories captured in pictures on: https://www.flickr.com/photos 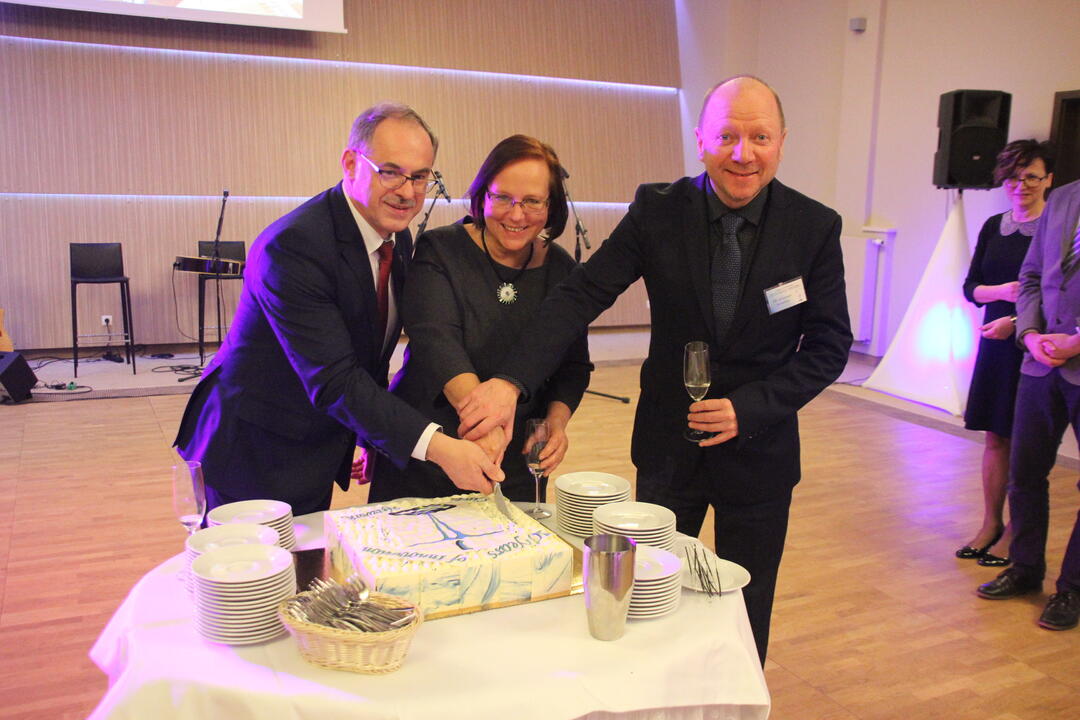