The meeting was organised by the TENTACLE project and the Värmland-Østfold Border Council in cooperation with the Innovation Circle Network. The TENTACLE project leader Wiktor Szydarowski presented the borderland pilotcase as one of several cases to be developed within the project.

Please find the presentations at the end of this article. 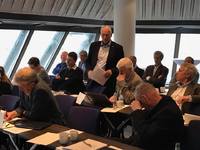 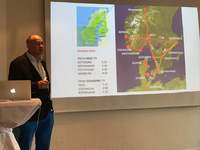 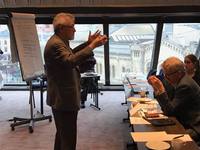 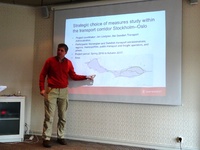 There is a huge potential by building better connections between the cities and towns within Central Scandinavia. Not only the transport sector itself will gain by faster, cheaper and more reliable transport, but the labour market, business, trade and climate will also be winners. However, there is a significant lack of cross border transport strategies in Scandinavia and increasingly this is regarded to be a problematic situation. The EU, China and others are undertaking bold planning and construction of longterm structures which will form the Eurasian transport platform for the next 100 years and beyond. If Scandinavia continues to ignore or not integrates with this development then the disadvantages for Scandinavian regions and cities will become stronger year by year.

The Central Scandinavian Borderland is the gateway between EU and Norway with 80% of all landbased freight to Norway coming via the E18 and E6. The railway situation is critical as the train services are totally unable to compete with the road-based services. Only about 100 truck loads(3-4 trains) per week are coming on rails through Østfold county and about 25000 lorries per week are transporting goods at these 2 main motorways through the same county. One problem is that there is lack of freight capacity within Sweden. Another issue is that the transportation time is too long. It takes more than the double time to transport goods on rails compared to road. Most of the trucks go home empty.

The weaknesses are also significant within the person transport system. Trains which could take 2 to 3 hours use 5 to 8 hours. Three metropolitan regions (Oslo, Stockholm and Copenhagen) are located within a medium range distance. Within such short distances EU is working for shift of the transport from air to rail. Today there are about 6 million flights per year within this Scandianivian Triangle. Most of these flights can easily be transferred to railways if modern and fast railroads would be constructed so that 2,5 hours train services could be offered. Such services would even serve the cities and towns in between with a number of stops in all key parts of the geography.

This means that a population of more than 10 million people could benefit from a "Scandinavian Express Network". This would ease the pressure and congestions on the roads and give more climate friendly transportation. At the same time it would give valuable incentives and lower costs for the business sector. Labour market and freight would have big gains from these structures.  The round table in Oslo showed that there are good reasons to think that a "Scandinavian Express Network" would be viable also from a business case point of view. All or most of the investment costs would be carried by the operational profit.

Within the Nordic territory there are more than a dozen of public cross-border cooperation bodies. They have now formed a Nordic transport group which works in cooperation with the Nordic Council as well as the Tentacle project. Nordregio is also involved in this work. The common ground is that all are searching for better and more long-term and comprehensive transport strategies for Central Scandinavia and the other parts of the Nordic territory.  So far the transport ministries have been rather reluctant to engage in such strategy formation. However, there is a growing confidence among specialists as well as decision makers at all levels that it is needed to become much more proactive on these issues if Scandinavia shall have a competetive and capicity strong transport system.

The round table was chaired by Cliff Hague from UK and Øivind Holt from Norway. There will be a report coming out from the workshop. Next step is the formation of the sustainable growth and connectivity strategy for the Central Scandinavian Borderland. 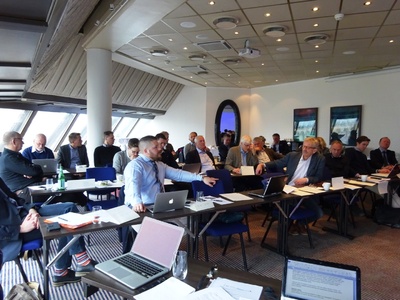 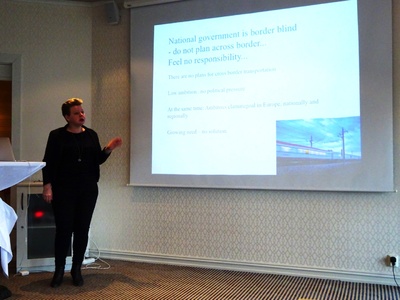