Norwegian government launched 26th January a more than 2 billion euro financial package against economic downturn. The aim is to avoid recession and unemployment. The package will stimulate the labor market and is regarded as the most extensive stimulation package in any European countries. The emphasis is on transport and communication, municipalities and construction.

Keeping up construction activities is regarded as very important in order to avoid unemployment. Many projects which have been put on hold due to lack of labor and finances can now be implemented. Schools, hospitals, roads and railroads and many other estates will be built or reconstructed.

The private industrial sector seems fairly positive towards the new package which will be followed up by another bank related package on the 9th February. While some countries are cutting salaries or reducing taxes or VAT, there are no signs of similar actions in Norway, even if some companies will be allowed to delay taxes for 2008 and 2009. Most of the stimulation towards the private enterprises comes indirectly through bigger spending in the public sector.
The government will also spend more than a billion NOK for energy saving and renewable energy projects. Bicycle paths and railroads will be given priority along with 5000 new charger points for electric cars. 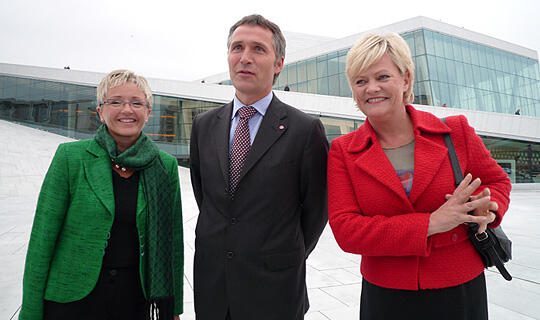